Above: Image of Graffuturism part of the Wide Open Walls Project: Artists: Best Ever, Njogu, Remi Rough, Rimon, Roa, She One, Sickboy

The golden ticket theory of ‘success’,  what ‘winning’ feels like, is at the heart of culture across the world: Europe, South America, Saudi Arabia, Africa, India, Russia, China, Australia or New Zealand or Afghanistan, explaining opportunity and chance as an offer to one individual.

Above: the universal myth of the golden ticket is used by computer scientist Lance Fortnow to explain the dilemmas of Cold War maths and the paradox of time (always there and not there)

It’s there in stories, myths, ideas and ideals that sit on everyone’s shoulders.  A golden ticket in a story provides an answer and a question how choice was made and by whom: a simple image of justice and injustice:

The golden ticket shows where the light is or might be. Light a story shines on why things happen and why they don’t. It’s powerful. Because of it we realise how paradoxical it is as a symbol. We realise that it’s our living life that’s golden, not the ticket. We like the ticket idea as long as it is accountable to more people, more of the time. No odds stacking please. We all want the chance….

If I could explain how to change a suffering world in a few words I’d say: we need to repair the damage of slaveries, wars and their legacies on those closest to us as well as in the world.

We can hide from the impact but the wider society is always there and we know. Our children feel the shadows and truths that dare not speak their name, but you see it most clearly in the young, the homeless as well as disenfranchised in prisons as they rehearse and re-rehearse strategies of being and not being.

I think that until we face the impact of the suicide bomber on every person in the world including our small worlds and create better systems to live, work and be represented in, we let everyone down.

We’re letting everyone down when nothing new is found under the sun, when we re hash tag old stories of restitution read by golden ticket holders about old systems of power that do little more than staunch pain, fear and desire for a nano second.  We need a new understanding  of life, work and our shared planet where everyone can succeed.  A shared way of looking at life that will really connect one side of the planet with the other.

Frustration with knowing that everyone across the planet dreams of each other and of the possibility of better ways of being but….like the children’s story “Not now Bernard”

our social and economic structuring pushes social movement and change away.

The shocking results of this ‘not now Bernard‘ attitude embedded in all our structures just now were seen in the US govt’s slow response to the African American communities after hurricane Katrina and we’ve seen it in the appalling deaths of Stephen Lawrence, Damilola Taylor (and so many others), so many warning spree killings like Raoul Moat, homophobic attacks and killings (4 in 5 LGBT people have experienced a hate crime) (see also Chechnya),  the grooming of Thomas Mair by extreme right wing groups  (not documented but assumed), which resulted in the brutal attack on and death of Jo Cox MP, the Westminster, Manchester and London Bridge attacks and, most recently,  in the very delayed emotional response to the victims of Grenfell Tower.

When you feel part of the system you don’t criticise the machines you see around you, you assume they’re part of what’s making things work so well. The problem for me is that so few of these machines, organisations and institutions that surround even the golden ticket holders, are knowable.

When you deeply know you’re part of your country’s history and success as well as its failures you want to know who, exactly, you’re signed up to be, here, now in Britain?

Primly, in our sophistication we don’t believe there’s any such thing as identity but rely on background and social status based on finance and social networks to control our desires for better social representation in government and institutions, rather than see how much work needs to be done to ensure everyone can reach their potential.

It’s as if event by awful event, even though our layers are stripped, we keep limping back to the same institutions that cause us so much pain and suffering. Bonkers and, as artist Jordan Mckenzie  has documented recently:  very, very boring. 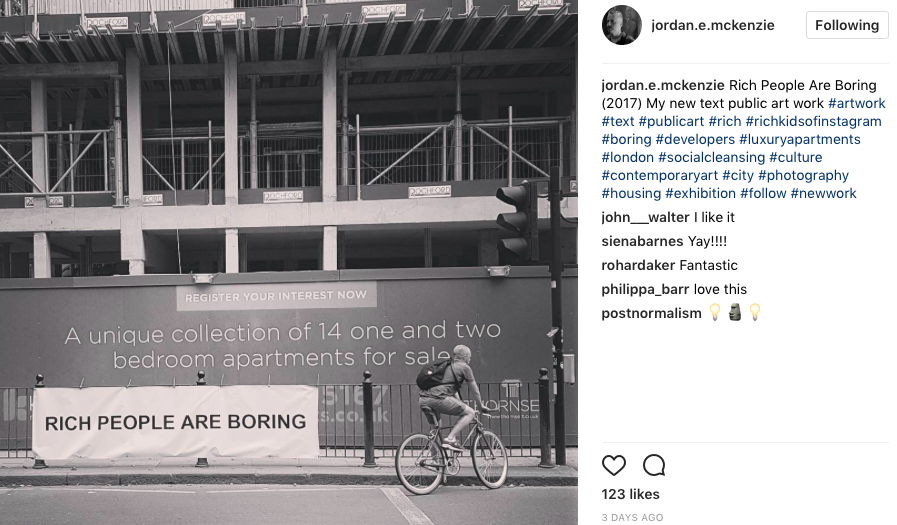 Good old ennui which will allow us to change everything.

One thought on “Extraordinary Change Means Honesty About The Negative Impact of Racism, Homophobia, Sexism and Power: It’s Not About What You Know But What You Still Don’t…(And Do)”