Above: West Bridgford Coop Central Avenue: you couldn’t put what they give on a buy one get one free…or a voucher but it’s just as valuable…..

So many busy people but the most genuine ones always have time to talk.

Oliver Burkeman, journalist for the Guardian and Radio 4, talks about people getting lost in a fear of losing status by not appearing to be busy.  If you’re not ‘busy’ and can prove it often you feel as though you don’t exist. 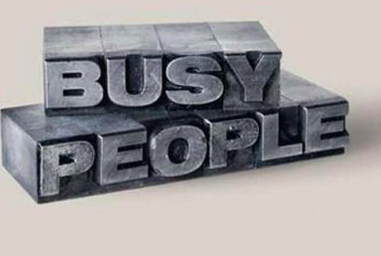 I wondered why, as he says in the programmes,  we’ve become so competitive about how busy we are: it’s a strategy to help us feel self important. When we tell people we’re busy we persuade them that we’re important: delivering something. He says we lose sight of how strange saying that really is, though. We’re avoiding connecting with others and ourselves because we might not be what we imagine ourselves to be.

In the past status was more about things but now, status comes from our reputation, what we can share with other people,  what we show others because the economy has become more competitive, 90 hour weeks have been seen as normal for anyone who wants to ‘get on’. The problem is that everyone is chasing success but not able to connect more with the experience and wisdom on our own doorstep, in our neighbourhoods and even in our families.

Above: the idea of local success and local values in the achievements of Brian Clough and Peter Taylor

The way we think about success needs reflection. What makes a local coop store more than a store? What makes a group of people look out for each other and the wider community?  I would say it’s the life experience of the people who work there being valued for itself: the good that these extraordinary ordinary people are doing, day in , day out to keep their less certain members of the community of every age, religion, ethnicity and background, grounded and welcomed.

Someone I noticed, smiling, talking, taking an interest in a really wise and humorous  way on the checkouts is Doreen Richardson.  Doreen needed to move on from a life in social care, lived nearby and knew one of the supervisors very well, was recommended as a good person.

And she really makes you realise how professional she is, what a pride she takes in her colleagues and the work they all do. It’s a way of making people feel good developed over over many years working with people. It looks easy, simple but it comes from a real awareness of the value of herself and other people.  A professional is never too busy though.

Doreen spoke to me while on a morning break:

Doreen “Yes, I’m seven years into retail.  My colleagues know I mean it:  if I’m upset I leave it at the door, I have a laugh and a giggle and on the way home pick up the baggage, it might be an argument with my husband,  problems in the family..”

opencity: “it’s a kind of self medication, self care?”

Doreen : “I love that laughing makes me feel nice, inside whether I’m in pain or whatever. It makes me forget the pain, you know I’ve had two knee replacements  which have been so painful, (hopefully they will be resolved next month!). I come in and do my work.  You’ll always find me laughing. My colleague says when she hears me laugh it makes her  happy to see.

Doreen “The staff are happy.  We  do have our quiet moments, but we love working here. I  sometimes (with my knees), find it hard to get out of bed when it’s an early start but I always want to be here.

opencity: “You live round the corner”.

Doreen “Yes I was a carer for many years, I wanted to come out of caring, it wasn’t doing me any good. I was getting older. I decided to come in here to see if there were any jobs. My very good friend that I’d known for years is a supervisor. I came in for an interview. She said: ‘Come in, we want you’ and told the manager I  was a good person.  I don’t know if it’s because I’m a black person, they took to me like a duck to water.  I empathise with people, like people like talking to people. My husband says I do the talking for him, when I’m out with him, I talk to anybody: homeless person, high in society,  when we’re out he wants to move on!”

opencity: “homeless person, high in society…if you could change something what one thing would make the world a better place?”

Doreen“..We’re all the same, colour creed, nationality, class, have the same bodily functions, hearts, brains ….whatever”

If I could create a Blue Plaque for Doreen and the team at the Coop it would be on a bench on Bridgford Park. It would say: “Never too busy for anyone, anytime: putting the human back into retail”

Don’t be too busy to engage (a friend’s  just phoned and I made sure to put my money where my mouth is. I wasn’t too busy to talk for a few minutes).

One thought on “Hidden Gems: Doreen Richardson at the Coop: Leave Your Baggage At The Door -And Smile!”