What an opening: and, if you needed a who’s who of Nottingham power, celebrity and action it was here, at East Midlands Conference Centre, Saturday 21st October. The will to bring everyone together stimulated by the effervescent arboretum councillor Merlita Bryan

The Nottingham Black Achievers is a genius riposte to the tabloid view of the reasons for the 2011 riots: a kind of ‘that was something that happened but not in my name‘ an event that is the good news on what local people in Nottingham have done and achieved. 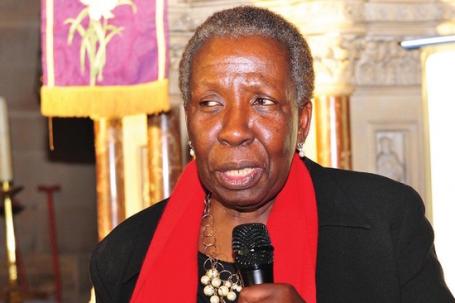 ‘and you are indeed the conqueror of all that is not good, and you have seen our struggles but you have also seen the promise of a great people because you placed it  within us and we thank you for giving us such courage, such tenacity, the wonderful capacity to be inventors, to be orators, to be musicians, to be social workers and teachers to be all that we can be because you have ordained it thus.. we thank you for being here tonight…you’re the kind of god that shows up… you’re a god who likes to be with your children…bless the food, those who cooked it…(I hope it’s caribbean though…(laughter)I can only speak so much english…to god because he understands patois …if it’s not caribbean, give me grapes…’

Joanne Bloomfield Manager of Sickle Cell Service at Nottingham University hospitals 15,000 people 110 adults 60 children affected, in the UK blood transfusions help reduce pain and symptoms. If you can give blood that would be amazing. Only 1% of donors are black at the moment.

And the winners were:

Young T & Bugsey a special award from the Black Achievers Team for their Achievements in the music industry and Young T and Bugsey thanked Prince Harry’s mate, Nottingham’s Trevor Rose for his meteoric mentoring) 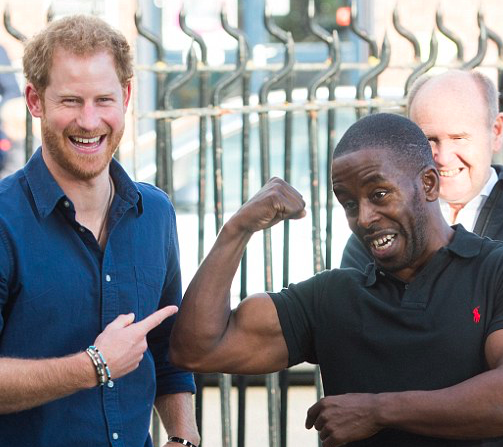 Milton Crosdale OBE (history of Nottingham equality hero) and Director of Patra introduced the winner of the female  young achiever:  Wurood Camp  a family friend nominated her. She’s doing her MA in chemical engineering at Sheffield university, has just completed an internship in Singapore (where the company let her a condominium (nice apartment!) and she’s going back next year…watch this space!

Ryan Neal was the male winner of the Young Achievers Award 2017 Sponsored by PATRA Mapperley ward councillor Leslie Ayoola presented the award Ryan couldn’t attend but his mum took the award on his behalf.

Ade Aderogba for winning the Lifetime Achievers Award in housing in Nottingham and Nigeria-wow what a transfer of knowledge and skills here. Don’t give charity, share skills, knowledge, experience and expertise. And then you really learn and know what learning is!

Nadia Anderson, learning skills and employment. Nadia has created a research body of work on exclusion, inclusion and social disadvantage and Nadia writes art too

Debbie Simons Business Woman 2017 Academy Day Nursery thanked Richard Tyers and Ron Chapman and her children for their patience and understanding. Sponsored by Eon Claire Jamieson handed out the award

Michael Forbes and Panya Banjoko cultural and music award  what a dynamic they bring to Nottingham: more collaboration please!

Sir John Peace: ‘Merlita, Merlita, Merlita…the number of people that you have identified over the last six years is  an amazing, thing this is my only opportunity to say ‘thank you’ events like this are very enjoyable: it’s so good to be with family and friends and to recognise people for what they’ve done…what Merlita has started is an event that does just that: it recognises people.

It is important and it is special. I’ve received a letter from the queen. Next year there’s the CHOGM commonwealth Heads of Government (50 countries) for the commonwealth coming to the UK Buckingham the last time the queen is attending as the head of state…” (Post Brexit Britain will be hosting it).

Curtis ‘that got everybody got talking…thank you very much for that sir. Isn’t that nice…a letter from the royal family…I get a letter every year from the income tax: I don’t make a big deal about it….’