Sometimes, someone is so good that you want to nominate them for an award because they have an ever growing potential…as they get older…they just get better…And the judges look at the candidate and agree how wonderful they are but…they know, they haven’t yet created the category of getting better as we get older….

Charmaine Roche is one of those great people. This is what one of her nominees for Business Woman of The Year at the Black Achievers 2017 wrote about her:

‘Charmaine left her position as Head in a School when her dad was dying from prostate cancer and because of the strain of supporting family and herself as well as commuting two hours a day and herself recovering from a major operation meant she wanted to change what she did for a living.

She  now runs high level yet accessible courses on leadership and self management for teachers and anyone who wants to know more about themselves and the environment they work and live in. She’s very unassuming yet a powerful and sensitive person who deserves recognition and great success‘.

Activist and Reverend Eve Pitts opened Black Achievers with a great talk about gifts and where they come from:

‘You are indeed the conqueror of all that is not good and you have seen our struggles because you’ve seen the promise within us: you’ve seen our courage and tenacity that helps us become scientists, inventors, orators, musicians, social workers, teachers to be all that we can be...’

Charmaine’s story: ‘This is really exciting for me: the only award I’ve won was given to me by my drama tutor at college. I did drama to overcome chronic shyness, I hated walking into a room, was very, very, shy and self conscious.

opencity: thinks: (and had quite a lot of courage!)

I knew I had to do something and joined a drama group. The guy running the drama group was also my english tutor. I wrote a play that was chosen to tour on an exchange to Holland, (this was my pride and joy back in 1977! and it gave me  back my confidence).

I had to return to college to get O levels and A Levels as I’d left school with no qualifications. My english teacher at school knew I was an avid reader and writer and was crestfallen that I was leaving, he gave me a list of the classics to read and a letter of recommendation that got me into college.

That list of books was the start of my intellectual life. I took and passed some O levels in one year, went on to do more O levels and an A level in the second year and then another two a levels in the third year.

I was so proud…and I really wanted to go to uni not a poly and be as far away from home (her mum laughs) as possible….I chose Aberytswyth and librarianship at first but my english tutor knew I could write and perform and suggested that I try something more stimulating, why not english and drama? I eventually chose librarianship, drama and theatre arts …it changed my life…

opencity: (there’s a great Masters in Politics, Media and Performance at Aberystwyth, I found!)

Charmaine: Being at university was brilliant: things like sharing a room that I dreaded became really enjoyable because, by a fluke I was paired with Charity, a real best friend from Zimbabwe whose parents had sent her over to study during all the social instability.

opencity: Do you still keep in touch?

Charmaine: No, I’d have loved to though. We meant to swap addresses and were going to meet after the last day of term in London, she was returning to Zimbabwe. But..one of those things, my train was delayed and I missed her…lost touch with her. It would be great to connect with her again. I’ve tried on Facebook but  can’t find her..she’d be 57…58 I have a photo somewhere..I can see her now!’

opencity: You should write a story about it!  You’d remember so much more…you take so much for granted…the world doesn’t revolve around what women want and sometimes it’s important to take control of your own destiny.  You can feel the stars are against you..women experience a lot that they don’t communicate.

Charmaine:...Yes: Charity was the only person I really got on with…a lot of the students came from really privileged backgrounds…at the time I really felt they didn’t really appreciate the amazing education. I really, really, wanted to write.

Charmaine: I was in a Directors Project and wrote a play in the last year in the summer. We could volunteer to do the summer season had an arts centre at our disposal, a state of the art professional theatre and really good training.

That year I was the Special Effects Tech on the Wizard of Oz.

Charmaine: London was going up in flames: the Brixton Riots in 1982 (the riots of 2011 was the main reason Merlita set up the Black Achievers Award)

opencity (thinks) There’s a bit of a disparity there….?

Charmaine ‘So I went into teaching…’

opencitydesign: Do you talk to playwrights on social media? What about Bonnie Greer?  Museumand‘s Linda Burrell (and Fran Hajat) have just written a play about Shakespeare’s Black mates for Nottingham Playhouse

Charmaine: Writing the things that move you;  it’s so important. ..that’s really my talent I let it go. (for a while)….for a good reason! I have a hankering to run a youth theatre and do something socially important…

opencity: We were talking about film, to start a group to talk about the crossover of  books and film and theatre…are there people like you who want to get involved who want to do something…I bet there’s hundreds of them!

Charmaine: It’s the next thing for me… when I’m sixty…when I can do what I want and not worry about what I do has to generate a profit….

When I’m sixty though…. 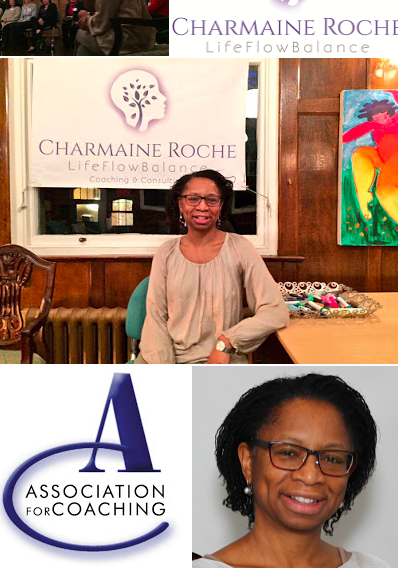 There was humour, Curtis Walker,  there was atmosphere, there were winners…and on this special night where everyone looked stunning, Charmaine Roche, nominee, certainly didn’t lose….