Above: All Bar none Youth Conference 2016

It’s quite possible to live in the kind of environment that George Orwell showed in 1984 where individuals histories were endlessly wiped out, rewritten, to protect the state from change. In 1984 Orwell coined a name for the new language: Newspeak.

And change can come out of art, through art and because of art. Social change comes because of a need to balance, reconcile and restore communication between the inside and the outside, the inner and the outer…the outsider and the insider, the included and the excluded.

Locally, in just a small, small way, a new book The Lost Words,  was published in Oct 2017 by Penguin 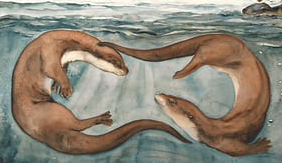 Above two spreads from: The Lost Words which now has an education restoration campaign behind it

The book was produced because artist Jackie Morris and writer, poet and photographer Robert Mcfarlane read that The Oxford Junior Dictionary, like its parent, had removed some seemingly organic words about nature that most people think will always be there, words like buttercup. Like Acorn. I applaud them.

In Orwell’s novel 1984 there’s an exchange in the works cafeteria between language researchers Winston and Syme (they  are both working actively to rewrite history).

‘It’s a beautiful thing… the destruction of words ….the great wastage in the verbs and adjectives there are hundreds of nouns…antonyms and synonyms…. what justification’

If we think about bit coin miners, zero hour IT workers or anyone working blindly with fragments of the creative economy, you’ll empathise with this sense of nausea and vertigo in the way human energy and self can be curtailed by new forms of technology.

In the novel, language is a metaphor for all the things that power can do to harm us. Although Winston’s research colleague, Syme is loyal and attentive to his job and the party, Winston could see the end of his friend:

“Syme will be vaporized. He is too intelligent. He sees too clearly and speaks too plainly. The Party does not like such people. One day he will disappear. It is written in his face.”

The reaction of Robert and Jackie to the way removal of the words closed off their sense of access to nature and the countryside, their lived experience as toddlers, children, teenagers, young people and mature adults being determined, or terminated by power that they can’t see but can feel is part of a larger cultural tradition that poets like Panya Banjoko and photographer Ingrid Pollard have been working on throughout their lives.

Panya Banjoko is a UNESCO patron and, as a Nottingham poet, works across the world to protect human rights using what she has described as ‘ the pulp from her being ‘

Panya and Ingrid, like Jackie and Robert,  restore value to the loss and exclusion of cruelty and ignorance through re-staging the history of social life. Their work is full of romance, promise, humour and insight: 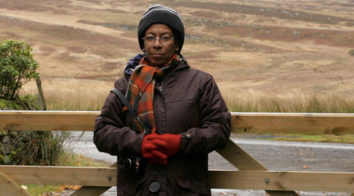 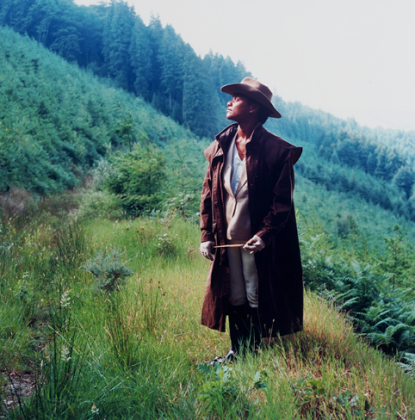 Above and clockwise: Panya and Ingrid in life and performance

Panya has worked in great detail, over many years, like an archaeologist, to restore allegory and proverbs to the writer’s tool kit: she writes for children using the animus of the natural world, the oral traditions in anansi to begin to interrogate the  paradoxes and ambivalences behind our monuments and institutions.

Here is the news you didn’t think you needed to know.

In her poem Airport she effectively captures the arbitrariness of being stopped and searched on the way out of the UK by the ‘architect of power’ and how her Rapunzel like long long hair becomes part of the alchemy of human liberation.

‘Coming back into the UK’ is on her Facebook page, where she continues the Airport Story.  It made me think of  1984’s Newspeak  (she ‘invents’ new words but so cleverly reinvents them, not  as a weapon but as a medicine against the kind of power that criminalises her whenever she exercises her right to be and feel free.

‘From Facebook: ‘In years to come I shall sit by the fireside* whilst talking to my great, great, great grandchildren** and tell them of a time in the year 2018 when on an outward bound journey I was ‘unpoked, unprodded and unsearched*** ‘

And that this anomaly was soon rectified on the inward journey where new levels of intrusions were added by way of being swabbed. I will retell with vigour the conversation I had with the customs official who swabbed, poked and prodded me. A conversation that went thus****

She goes on to re-tell the story of her journey through customs…untouched on the way out, mocked on the way back.

Footnotes
*not sure why the fireside as I have gas central heating but humour me…
** I’ll probably be an eye short of 200 years old by then but I do love a challenge.
*** I am aware that these words do not yet exist in the English language but felt the need to be poetic: again humour me, thank you.
**** I just love the word thus as much as I love the word thrice but do not often have the occasion to use it.
***** never a good outcome when police meet with people who are ‘other’ I try to avoid at all costs.

Ingrid Pollard, too, has worked throughout her life to connect the insights of portraiture and landscape photography to the experience of walking into places that have been written as belonging to only one type of human experience. 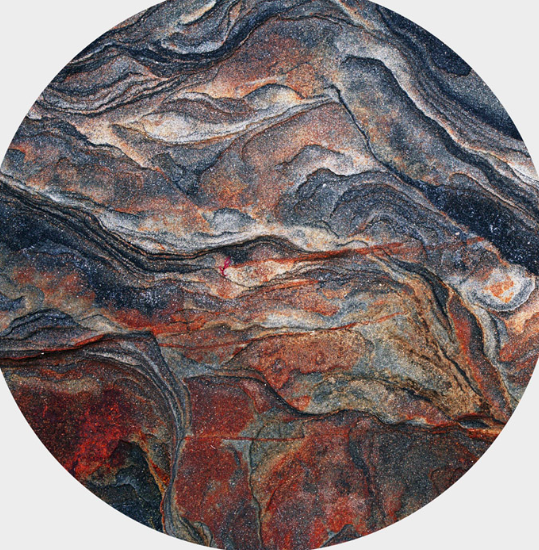 Above: Landscape Trauma by Ingrid Pollard 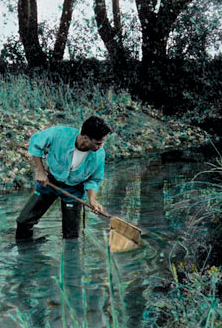 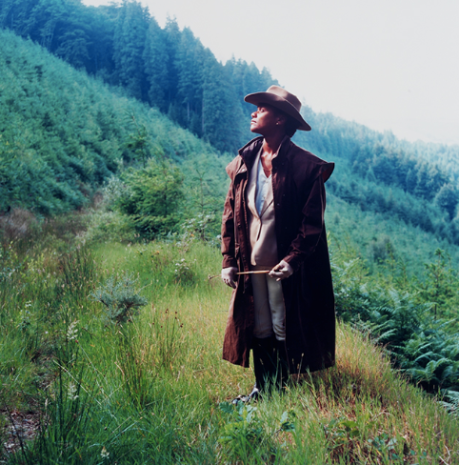 Above the Pastoral Series that has been revolutionary in creating the pathway for more people to feel that they can be at home in the countryside.

“Pastoral interlude”…it’s as if the black experience is only ever lived within an urban environment. I thought I liked the Lake District; where I wandered lonely as a black face in a sea of white. A visit to the countryside is always accompanied by a feeling of unease; dread…’

I  wonder how many more people in the UK feel that too: I always thought of the countryside as somewhere that in its wild expanses was inexplicably off limits to me.  I imagined people so far removed from the world I lived in that I just never went there.

But if we could see more people expressing a myriad of responses to that landscape I for one would be interested. Here’s one:

The price seemed reasonable, location
Indifferent. The landlady swore she lived
Off premises. Nothing remained
But self-confession. “Madam” , I warned,
“I hate a wasted journey – I am African.”
Silence. Silenced transmission of pressurized good-breeding. Voice, when it came,
Lipstick coated, long gold-rolled
Cigarette-holder pipped. Caught I was, foully.
“HOW DARK?”…I had not misheard….”ARE YOU LIGHT OR VERY DARK?” Button B. Button A. Stench
Of rancid breath of public hide-and-speak.
Red booth. Red pillar-box. Red double-tiered
Omnibus squelching tar.
It was real! Shamed
By ill-mannered silence, surrender
Pushed dumbfoundment to beg simplification.
Considerate she was, varying the emphasis-
“ARE YOU DARK? OR VERY LIGHT” Revelation came
“You mean- like plain or milk chocolate?”
Her accent was clinical, crushing in its light
Impersonality. Rapidly, wave-length adjusted
I chose. “West African sepia”_ and as afterthought.
“Down in my passport.” Silence for spectroscopic
Flight of fancy, till truthfulness chaged her accent
Hard on the mouthpiece “WHAT’S THAT?” conceding “DON’T KNOW WHAT THAT IS.” “Like brunette.”
“THAT’S DARK, ISN’T IT?”
“Not altogether.
Facially, I am brunette, but madam you should see the rest of me. Palm of my hand, soles of my feet.
Are a peroxide blonde. Friction, caused-
Foolishly madam- by sitting down, has turned
My bottom raven black- One moment madam! – sensing
Her receiver rearing on the thunderclap
About my ears- “Madam,” I pleaded, “wouldn’t you rather
See for yourself?”

I love poetry and art and writing and music and everything that takes us beyond social and racial and class segregation. Keep on learning.