I like art galleries: they’re performance spaces for everyone in society.  Micro theatres leading on to wider human stages, perhaps.

I like the way the people who work in them feel obliged to perform access to the work and I like the way we as visitors feel as if we’ve been invited into a different version of an exhibition every time we go in, depending on who is working that day. 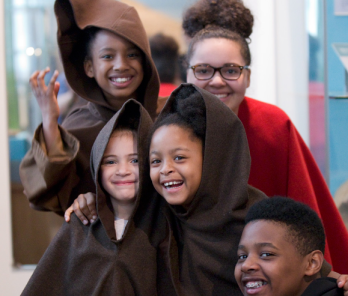 There’s a healthy theatricality in the performance of what a gallery is, in the sense that you can completely misunderstand or understand something but that provisionality, that metaphoricity, in spite of the problems with funding and power and the market in art, gives the seriousness a humour that is really healthy.

Two examples, one from last year when I volunteered on Sheffield Docfest on the Alternate Realities  part of the festival and the other was a couple of weeks ago when I dropped into the recent exhibition Hope is Strong at the Millennium.

One of the pieces I was asked to invigilate was Wikileaks: a Love Story where amongst all the information that could be accessed through the organisation’s data harvesting, a developing love relationship between two colleagues. Only it had been at the last minute and some volunteers hadn’t arrived but members of the public had…

So I took a view of the problem and headed over to Wikileaks: a Love Story by Anna Ridler, where there seemed to be piles of  paper containing information and graphics  on a table at the back of the room. The room was quite low lit so I ran over and began giving out what I thought were explanations of the  whole Alternate Realities exhibition to members of the public who were crowding around the exhibition.

If you look below at the purpose of the pile of wikileaked information in the images below, the idea was to use scanning technology to ‘find’ the love letters. The needle in the haystack, the princess and the pea…all the tropes of love in a social hierarchy narrative you could think of were here (and I tried to give it all away). Luckily, the Artist was there and saved her work from walking out of the gallery….

My second embarrassing experience where I realised how elastic these public spaces are was when I dropped into the new exhibition at the Millennium Gallery a couple of weeks ago. The gallery was quite low lit which has the effect of changing your perception of sight and sound. As I walked into the gallery I saw a group of people being inducted into the exhibition by what I thought was a tour guide, so I joined them. The exhibition is about protest and the history of protest both form an individual perspective (Keith Piper looking back and reviewing his former activist persona as a young artist in the 1980’s), through Ai Wei Wei, and his art factory in China, Jeremy Deller’s revisiting of the police and government offensive against striking miners at Orgreve in his film and many other active artists.

What was really amusing for me as I followed these people around the gallery was that they must have been working for the government or some kind of funding or accountability quango because they weren’t looking at the exhibition from the perspective of its content, context or relevance I suddenly realised, but from a perspective of what I realised was the ‘international art market’ and how putting these works together in a particular way and lit in a particular way added a depth, richness and radiance to the value of one or two works of art in the exhibition but not others…’

When I realised suddenly that my joining of the pied piper tour had suddenly gone from the carry on atmosphere of W1A to my being ‘found out’ as a nosy intruder on a world that wasn’t mine, I stepped away…

But art and what it teaches you is very interesting.

Civil liberties and minority rights seem more at risk today than we could have imagined. Hope is Strong explores the power of art to question the world we live in.

Keith Piper, Ai Weiwei, Jeremy Deller’s The Battle of Orgreave Archive (An Injury to One is an Injury to All), chronicle confrontations between police and miners on strike in South Yorkshire.