I originally wrote this article on Sunday 13th November, 2016. I’ve revisited it as on 16th September 2018 there were two events, Let’s Ride (wow, 6000 cyclists turned out along the 6km route!) and, at the Arboretum, Nottingham Green Festival. 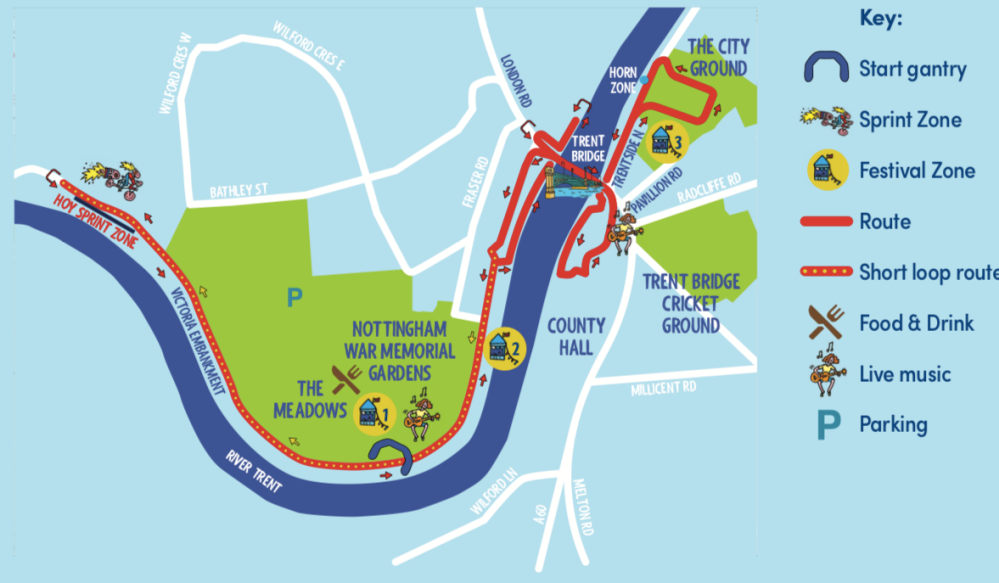 When I think about the two years that have passed since I started writing, I’ve met many people full of ideas for improving the environment. It’s very exciting that the Broad Marsh is being redeveloped because of the improvements that have to be made for pedestrians, cyclists, taxis, buses as well as cars and heavy goods vehicles.

This article,  written just after Remembrance Day in 2016 is also a memory for me of my father who died when I was seven. Remembrance Day was also his birthday.  Living near Trent Bridge, (see Councillor Michael Edwards blog), I loved the idea of finding something new about the meadows area where my dad grew up, went to school and joined the merchant navy. So back to two years ago:

It’s half past two and I’m cycling over the suspension bridge and along the riverbank towards Wilford Toll Bridge. It’s normal now to see a regular stream of people along there from every walk of life:  walking, running, cycling, with animals and children.

When people come into a space it becomes fertile with possibility. In the last ten years, the space has been normalised again, when for many years people forgot about how the space used to be shared: now they seek it out, drink it in because it’s free.

Growing up in Nottingham I associate the embankment with the memorial to the first and second world wars, I feel a special affinity because 11th November was my dad’s birthday so the period around that time feels sharper, richer, to me.

As I cycled along the riverbank I couldn’t help thinking that the ten Telecoms cabinets I passed looked like memorials: 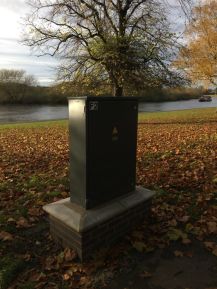 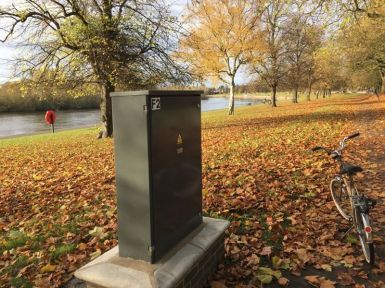 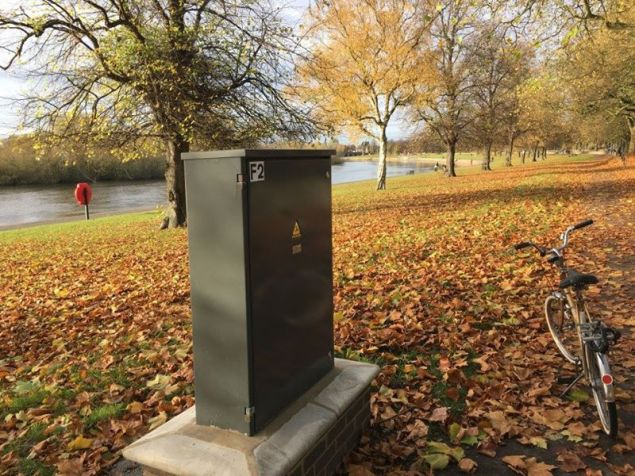 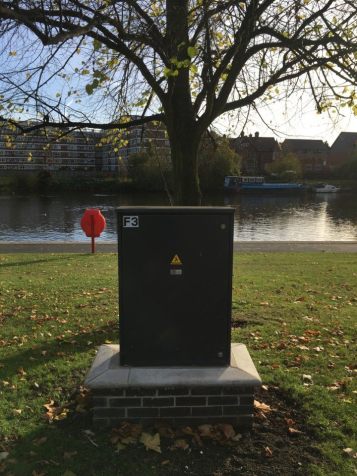 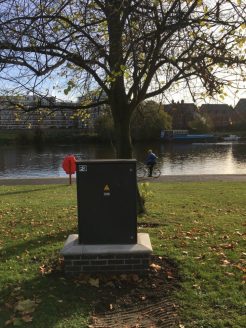 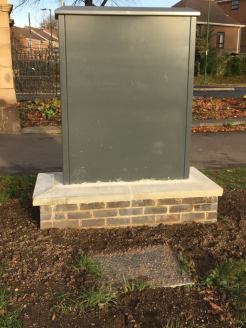 I thought about how  great sculpture is but also how bureaucratic getting a memorial  or sculpture is/would be but then thought, what if local companies who have great skills could make what’s already there look more beautiful?

Above: Sculptor Andrew Mckeown’s The Medieval Plough Team now in Leicester’s Towers Park The Sculpture has been placed on land that was previously farmland, now a park

Interestingly,  along the river bank, I met a cabinet maker and his mum and we had a conversation about how the boxes could be dressed up to become more interesting.

Perhaps Trent University’s design dept could have a live project in the streets to improve the aesthetics of memory and health along the river?

Why not order your own sculpture from Wild In Art: or bid for one at  the auction at St Mary’s Church Thursday 18th October 18.45 -22.30 All proceeds to Nottinghamshire Hospice.

And what about sculpture, next year along the riverbank?

2 thoughts on “Why Not Sculpture, All Year, Along the Riverbank?”