Above: DNA superloops. (Guhapriya Ranganathan) as part of her exhibition Cultured Interactions recently commissioned by the Broad Institute.

Women have two X chromosomes. Unfolded, each X is two inches long. One is inactive and folds into a structure called the Barr Body, which was discovered in 1949. The Barr Body contains massive superloops bringing DNA sequences at opposite ends of the chromosome together inside the nucleus of a cell.

Scientists at Baylor College of Medicine, Florida State University and the Broad Institute of MIT and Harvard has worked out the DNA code responsible for superloops and has used the information to change the structure of the Barr Body. The report appears in the Proceedings of the National Academy of Sciences.

“X inactivation is fundamentally important for female development,” said Dr. Miriam Huntley, co-first author. “Without it, females would generate too much of every gene product of the X chromosome.”

Huntley studied for her PHD at Harvard and worked with Dr. Erez Lieberman Aiden, Assistant Professor of Molecular and Human Genetics, McNair scholar and Director of the Centre for Genome Architecture at Baylor. Huntley and her colleagues in the Aiden Lab had earlier created the first genome-wide map of loops – positions where the genome folds back on itself in the nucleus of a cell and points that lie far apart along the contour of a chromosome come together in 3-D. 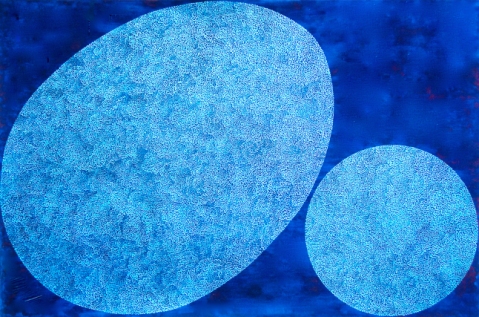 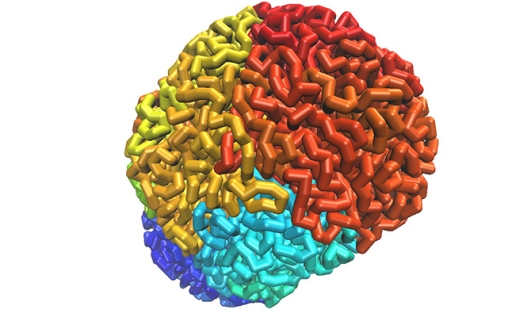 Above Left :chromatin folded up inside the nucleus. Credit@MaryEllenScherl and, right,  the same loop data produced by Physics simulation of a small interval (5 megabases) of DNA that forms loops and domains inside the nucleus, based on in situ Hi-C data.

In their work they showed that the Barr Body – the second and inactive X chromosome– contains superloops, structures that aren’t (yet) found in Y chromosomes. “The typical loop in a male genome spans about 200,000 letters of the DNA code. If fully stretched out, it would be about three thousandths of an inch long. The loops in the Barr Body can span as many as 77 million DNA letters – an inch of DNA,” said Huntley. “We call these giant structures Superloops.”

When we look at what we can see at any one time in relation to DNA from the perspective of culture: economics, politics, psychology, environment, we also see how the history of the science has often mystified things that belong to all of us, leading science away from humanity into inhumanity.

We are now in a space where the querying of the language of genomics, neurobiology, evolutionary, botany, chemistry, environmental sciences can help us break down social and cultural barriers to new work, to development and understanding. Bringing art and science together means reimagining what human was, is and can be.

And in applying one economic theory to earning a living we might have just been wrong after the second world war: because we need to integrate diversity into every aspect of our world and build a new culture that encourages and nurtures new ways of thinking, making, being working for everyone at every stage of life.

It applies particularly to what we understand, accept and think about what our workplaces are for: how we can innovate, recycle old things and thinking so we can have less temporary structures in our towns, cities, minds and hearts. 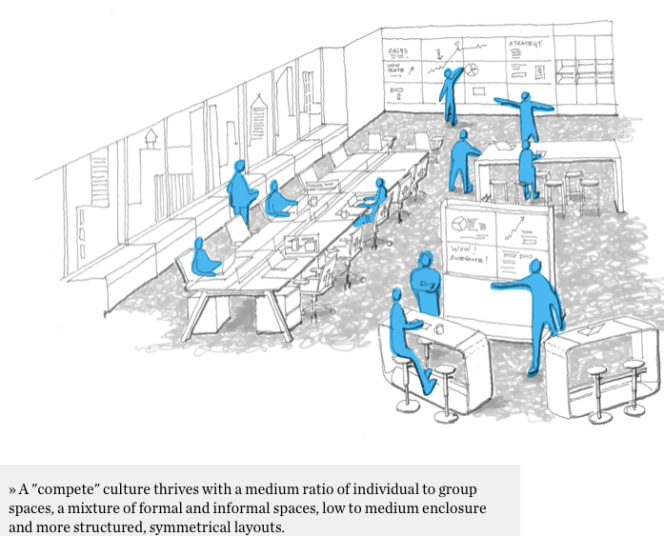 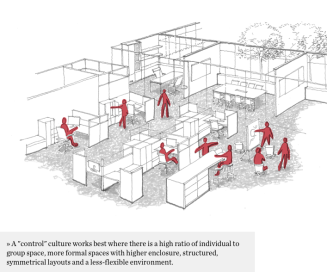 We rarely, like the furniture giant, Haworth, have a chance to visualise the kind of working environment we’d thrive in, why don’t we think about it? What stops us from doing positive things to improve our workplace?

The pressure of Warehouse capitalism, its distribution network and their dominance in our minds isn’t just rationally implementing the job efficiently, it’s drowning out any thought that we could have control over the quality of our workplaces, our environment, even the buildings we use to warehouse goods.

These processes aren’t just doing the thing they appear to be doing they’re enabling all kinds of other exploitative and harmful activities and sapping our souls. We’ve reached a sophisticated level of civilisation and then, over the last thirty years, have  re-introduced a rights less, beta, form of exchange where there’s effectively no competition, no chance to diversify it, break it down, humanise it: it’s a 19th century form of relation all dressed up in the technology of the 21st century. Let’s change that. It’s ugly. 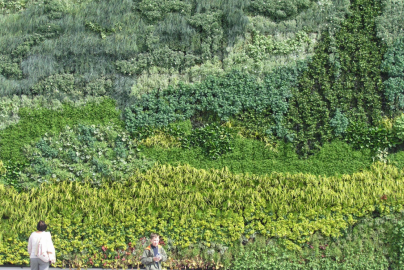 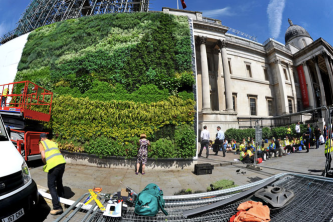 We need to understand the creativity in our own everyday to connect, communicate and collaborate in our own work too. Communication should help us feel for others: to develop new possibilities for clients, customers, products and services. When companies are grounded in the whole world they enable everyone and the quality of life and culture improves.