In the California Shakespeare company, Cal Shakes recent production of A Midsummer Night’s Dream, they imagined the faeries as wise, ancient creatures beyond our normal conventions and full of clownish possibilities.

In A Midsummer Night’s Dream a dialectical truth where a harsh, rigid authority, mirrored to its other, a forest of magic and possibility just as mired in arrogance and pretension is a great story to  talk through and play with now.

Magic, structure, politics and reality: how do we find a working truth:all behind the story of the impending marriage of Theseus, Duke Of Athens and Hippolyta, Queen of The Amazons.

Behind the appearance of marriage is Egeus’s struggle to force Hermia (who loves Lysander) to marry Demetrius (who loves Hermia) but Helen (Hermia’s best friend) loves Demetrius (who knows this but rejects her and is horrible to her).

Great celebrations are planned and Egeus gives Hermia an untimatum: either marry Demetrius or go to a convent or (in Athenian law for refusing the power of her father), face the death penalty.

Hermia and Lysander so in love think the only thing they can do….is run away.

Hermia tells Helen that she’s going to run away with Lysander….but trickery…Helena, at the nub of love and rejection, thinks that if she tells Demetrius he might reject Helena and see her for the wonder she really is and marry her.

Lysander and Hermia set off into the forest, secretly, Demetrius follows them and even more secretly, Helena follows Demetrius.

Deep in the forest, a group of jolly, satyrical, tradesmen players who call themselves The Mechanicals, are planning an hilarious version of The Tragedy of Pyramus and Thisbe for Hippolyta and Theseus’s wedding day celebration. Like many amateur players, one jolly chap, Bottom, wants to play all the parts.

In the wood there’s a faery version of dispute and real world politicking: the only difference is that Oberon, King of the Faeries can use magick to right what he sees as an injustice. Oberon want’s Titania’s Page Boy and Titania won’t give him up.

Oberon sends a servant, Puck, to find a magic plant, (Love In Idleness or Pansy,) a plant that when squeezed on to the eyes of a sleeping person makes them fall in love with the first person they see when they wake. 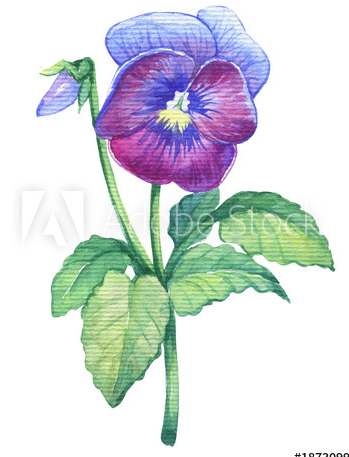 Oberon wants to cast this spell on Titania as she sleeps in her bower.

Puck is primed, full of mischievous magick and overhearing Bottom and The Mechanicals rehearsing, turns Bottom’s head into a donkey’s. When Titania wakes the first person she sees is Bottom, with a head of a donkey. She’s smitten and in deep, profound, love.

Oberon, meanwhile, has been disturbed by Demetrius’s arrogant manner to Helena and tells Puck to use Love In Idleness on Demetrius. Puck is confused and uses the plant on the sleeping Lysander,  who, when he wakes, falls truly, deeply and madly in love with Helena, too….

Even Helena is confused but Hermia…well, the world has turned completely upside down, her father, her one true love, her best friend…

She wants to fight it out with Helena.

Oberon and Puck realise it’s time to lift the enchantment: everyone sleeps… and when they wake,

Titania is appalled that she fell in love with a donkey and realises how much she loves Oberon.

Was it all a dream?

Lysander and Hermia are back to normal, and Demetrius realises how much he loves Helena after all.

Theseus and Hippolyta, Demetrius and Helen and Hermia and Lysander marry and all enjoy Quince and Bottom’s hilarious tragedy of  Pyramus and Thisbe.

Bottom, too, has learnt and his performance is full of his own ‘strange dream’…

Oberon, Titania and the fairies perform a blessing, and looks the audience in the eye and says:

“A good dream, like a good play, should not be easily forgotten’

One thought on “‘A Good Dream, Like A Good Play, Should Not Be Easily Forgotten’: Fun And Wisdom Towards The End Of June: What Has Shakespeare To Teach Us Now?”