We live in a society that since the election of Margaret Thatcher in 1979 has discouraged  people from different backgrounds communicating while at the same time eroding a sense of shared space, place, belonging and social mobility.

The quote in the header comes from a survivor of Grenfell in a new documentary.

During the Grenfell fire, tenants whose building safety concerns had been ignored by the framework management company because of a norm of social exclusion, draw attention to the way everyone communicated, contributed to trying to get people out, to reduce the harm of the fire.

“Through that alleyway were the fire fighters on the ground.

“On the 11th floor there was a woman shouting: Is there anyone coming? We shouted out “Who are you with?” She said “I have a child”.

“Let someone run through and tell them. They’ve got a matter of minutes before it spreads to her floor”.

‘What I love about the fire fighters was that they weren’t denying the fact that they needed us to communicate with them: because where they were they couldn’t see what we could see’ 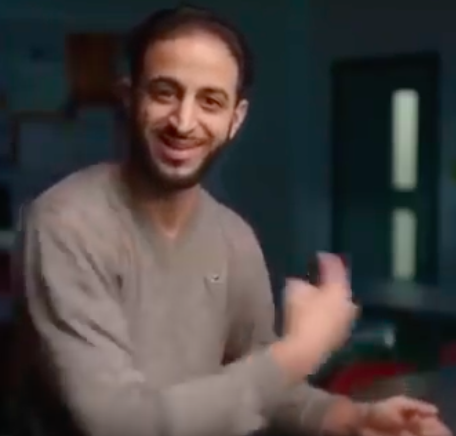 “See where the light is on the twelfth?”

“Trying to get in”

“See that ..alley.. the window below”

“Alright I’ll get that passed as fast…”

“Through that alley way is the fire fighters on the ground. It was like a chain”.

“Tell them to swing it right…yes, there you go…”

“I can see the woman right  now…still so helpless”.

“The windows were just starting to crack, a couple of them blew out”.

“Eventually my sister called me she said I’m with a fire fighter, they’re on their way to get you”.

In the new documentary, again, the Grenfell community have come together.  I wonder though, why should it take a tragedy to make us realise that the supply chains we’re debating around the causes of the Grenfell fire  start at the privileged top of societies with a powerful, influential and self centred arrogance about whose society this is, who and what can be nurtured, developed and allowed to flourish and who is ignored, defined as a problem and excluded. The people in Grenfell had been disenfranchised by the arrogance that had flourished in Kensington.

Why do the privileged demand we respect their boundaries but abuse the boundaries of others? Is this the culture the privilege/underprivilege divide has fostered? Is this why so many people are mentally ill?

The psychology of inclusion and exclusion is so ingrained and causes so many mental health issues at school, work, in education and socially that we need to confront it and change our understanding of education, work, social status and community.

Excluding people, sending them to coventry, or the pale comes from deeper and more brutal notions of society and unsettling notions of who has the right to be here and who doesn’t.  It comes from democratically unchallenged notions of intelligence, privilege, inherited wealth that have metamorphosed in a market driven AI economy into tools of management and surveillance that encourage social disengagement, exploitation and impossible targets and goals.

In the Grenfell situation 10,000 council properties were managed by the Kensington and Chelsea Tenant Management Organisation between 1996 and 2018. At a meeting in January 2016, the residents association presented the findings of a survey: 68% of residents had felt harassed or intimidated by the KCTMO or its contractors, and 90% were dissatisfied with the manner in which improvement works had been carried out.

Abuse of personal data by third party contractors is common and not yet addressed in this sector, most of the abuse covered in the media has been about professionals ‘losing’ , leaving data somewhere or having it stolen, rather than seeing how the civic and service element of council responsibility was often deliberately undermined by networks of companies around the ‘works’ to be done in the social housing sector.

Instead of being glad that they had the work and were paid well for that work, much of the increased activity around housing works was purely to increase the management of  what were to become social ghettos containing only social problems.

Why did we do this?

Often third party contractors were themselves distracted by the side hussles that seemed to proliferate and then become more important than the job you were supposed to be doing. The lack of respect for tenants, the removal of their housing and working rights and even ability to have normal conversations coincided with a get rich at any cost society: drugs, gambling, prostitution, exploitations partly because of the lack of genuine will by rich companies to invest in training, skill development and to allow social mobility.

Economic activity  during much of the Thatcher era was around selling off national assets and shares in those former assets while avoiding investment, training and development like the plague. Monopoly control of construction, supply and distribution and the re-introduction of rentier capitalism.

Housing associations patronised tenants, forgetting that they had a right to an identity, a private life and great life chances. Organisations around social housing and housing associations proliferated and so did the labelling of all the disabilities that could be found and profited on inside the social economies: health (these people haven’t got health and never will have health, Limiting Long Term Illness a term first used in the 1990 census by and for companies looking to profit on those disabilities and social exclusions).

Society began to give up on the post war belief that we are all equal and more and more professionals had nothing to do but obey and be compliant, learning to turn and interpret on a pinhead.

Many began to believe believe the lie of managed expectations that some of us are…well..just more able than others and because of this we deserve to be given more and accelerated on our path through life at all times.

But really we’ve only got an underclass because we’ve created an underclass and have given up on social mobility and economic regeneration.

Noone was creating meaningful training, education, skill development, noone was campaigning for the kinds of jobs that were needed to regenerate the economy. Instead the masters of the gig and gang labour construction economies and supply chains were planning how to further control and remove the rights of tenants, workers on agency and third party contracts through domination of the rentier economy.

The management of social housing really interfered with the rights of tenants to live work and develop a quality of life because the quality of services and relationships were inconsistent. At the same time, the rights of tenants, human rights, working rights were also being challenged, contested and little by little, removed. Here entereth the Jeremy Kyle underclass that now lives at the food bank, loves takeaways, has an i-phone and takes drugs.

In the 1970’s and 1980’s the construction industry and probably many other consortia of british industrialists, black listed individuals. This is another iteration of the hostile environment. It is something we all know: starting in the kind of playground games where intergenerational prejudice is perpetuated and continues unchallenged because most people just want to get on with their lives. The problem comes when these people see you as a target or an enemy for whatever reason.

This is the hostile environment that we regularly see used against immigrants, the feckless poor, single parents and prisoners.

The hostile environment is a wartime tool used again in the 1960’s and 70’s in disinformation campaigns against the IRA.

It was also a powerful weapon against the enemy within british society: council house tenants, the welfare state and socialists. When Mrs Thatcher became PM with her campaign against free collective bargaining, unions, selling council houses but not replacing them and selling national assets, effectively subsidising private individuals and institutions to run them it meant that no-one was really considering creating an environment where people could have meaningful training, skills, contracts and places to live.

The end of social mobility as it was developing and the renewal of the victorian golden ticket form that could be won by obedience and compliance.

It was like Mrs T was a Cordon Bleu chef who believed that there were really only ever twenty people who needed to be fed suddenly realising that they needed to invest in a whole new farm to provide what was needed.

They couldn’t do it: ideology wouldn’t let them.

The conservatives are good at breaking things up but not so good at creating and building. They were good at cuts, changes to welfare benefits and a sustained campaign against anything that didn’t fit in with their story of Britain and their story of what success is in the media.

Yet their way of governing and supporting the already privileged created a very toxic anything goes society and created a culture where poverty, benefit documentaries and reality shows created a culture of abuse that is regularly meted out by third party contractors against residents in social housing who really weren’t weak, weren’t vulnerable until they had their rights taken from them and were seen as prey.

Why do we think that in re-implementing what are actually feudal types of relationships in the gig and gang labour structures used in construction, manufacture and delivery, without accountability, relation and proper purpose that this is acceptable? People need to feel free, to have rights and to be able to work, live and interact: to shape their own destiny.

If six and a half thousand people have chosen to end their lives in one year, in a screwed up/screwed down way they can’t be wrong.

Imagine it, if half the crowd at a football game took hemlock and died once a year, lying down on the football pitch we’d be confronted by what is actually, mass death. If it became a ritual we would soon realise how bizarre is the fact that 6,500 people take their own lives in the UK every year.

As it is we’ve normalised suicide, poor mental health in the same way that the man quoted in the headline above drew attention to how working together, helping people escape the building during the Grenfell fire re-normalised social relationships between residents and figures of authority that had previously been dysfunctional: they worked together in a kind of chain and broke the chains that separated them.