Prof Ayorkor Korsah of Ashesi Univ Accra Ghana, understands robotics. She also understands why we need to keep all the people, all of the time, in mind as we develop technologies and automation. Machine learning  can help to assess skin cancer efficiently, scanning 129,450 images of 432 conditions. This is called parsing . 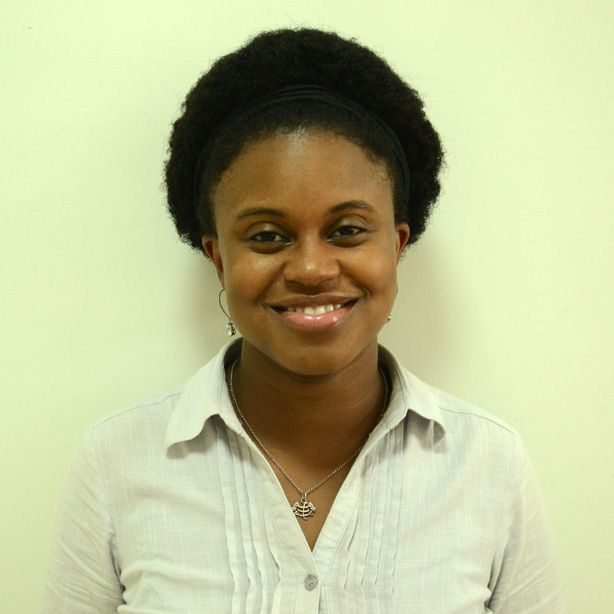 The problem is that parsing is an obedient and wild thing. It’s a tool that can get the job done but it doesn’t, for example, consider whether environmental pollution or climate change have created the 432 conditions.

And that’s a lifetime that we don’t represent very well, politically, socially, culturally or economically.

We experience, just as everyone, even our animals, our pets even, feel the impact of what’s happening in the world in our neighbourhoods and we need to be able to act to make an impact even on our own life.

If we can’t do that then something has gone terribly wrong.

Automation is consistent but inhumanly disproportional. The greed of automation also defines ‘needy’. And ne’er the twain shall meet. Except in the odd city centre exchange.

Technology and automation’s ‘greed’ for resource and development creates a consistent inside but also predictability, creates becalmed working environment that is as much a part of the mercurial gig economy as it is a part of the professional establishment and our institutions.

IT professionals experience a range of industry related health  problems

Professionals, too are expressing emotional need through addiction to alcohol, drugs and starving and binging over food.

Although the social distance between prisoners, homeless people and professional people is wider than at any time since the second world war, the similarities between behaviours: binge, gambling, drug and alcohol abuse unites our society, if only metaphorically.

So let’s build some real communication and economic bridges and let’s change it?

People from every part of society need to feel that they’re part of something that’s purposeful, relevant, that is scalable and can be criticised constructively without penalty.

We all want to feel that we’re part of the change for the better.

Say there are algorithms connecting nine officers, two police cars and a riot van to attend to a homeless man who has rescued two ducks and take them from him:  Algorhythms are used in bail to manage effectively the poorer offender but not in the case of the trader who manipulated the algorithms to create a false demand  in the market. He was given an extra week to come up with his cash for bail.

For the poorer offender, (in this case a homeless man who rescued two ducks) but although there may have been a member of the public ringing in, worrying about the welfare of the ducks that would have been superseded by the immediate automation of the response which, in this case, wasn’t proportional.

The officers were all dying to see the ducks, in my opinion.

However, this is a public situation turned into a farce by automation.

Automation sees a ‘known’ person, doing something creative and caring, but it is represented wholly negatively, even though everyone cares about the ducks, nothing gets any better for the homeless man.

A crowd of police officers, having a joke image: 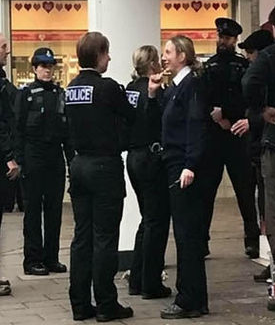 That’s why so many people feel anxiety, whether they’re inside or outside. The use of bail alogrhythms and the making of a murderer, for example, as in Wisconsin demonstrate all our underlying fears.

The point is, whether we’re homeless, or in the police service, we reflect and think about our actions and hope we’ve been fair but the images of the automation system (as above) only reflect stereotypes.

The cruel state vs the dispossessed.

Professor Ayorkah Korsah and the team at Accra University are evangelising for building the wider human expectation into the use of robotics and automation.

In Ghana she points out, there’s a real connection to the point, the human point, of everything, so when a company wanted to introduce automation, discussion with the wider communities involved meant that a better solution where some tasks could be automated and a negotiated future could begin to take shape.

Here in Britain, the discussion around Occado using robots for certain tasks and the aggressive way it’s been written about …there’s a Tsunami of automation heading to a supermarket near you mean that we never get further than  observing the privileged enjoying their privilege.

What’s really possible? What should we be asking for?

What we need is to realise that we need to we can really start to think about the things that matter to us. We all need flexible and stable employment, 2, 3 4 days a week throughout our lives and training, skill development.

We all need great housing and homes and need to say that more of the time to more of the people. At the moment, according to the way we look at the economy in the media,  we have a great training system in the universities and the gig economy of what has been described as ‘mad labour’. 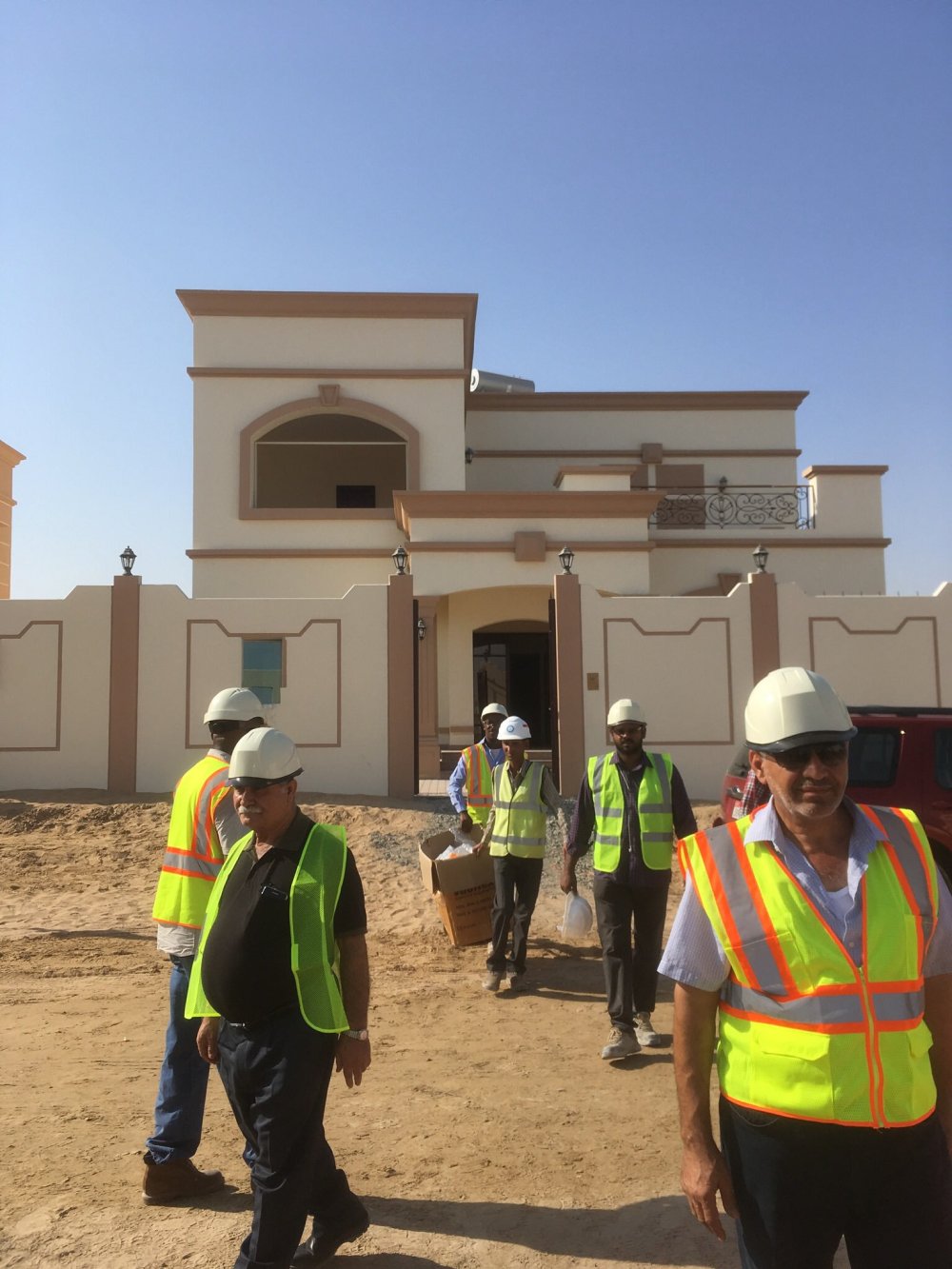 Social Housing beautiful and innovative in the UAE via @HILLARYNMltd Mark Hillary is an innovative social housing consultant with ideas and knowledge (in buckets).

If we can move beyond the mad cycles and into a way of living and working that’s balanced and meaningful.

First we have to speak truth to power.

Lancaster University’s Professor Alan Beattie nurtures thinking on solving these problems by describing them as they are: gig labour is ‘mad labour’.

Over a year of ‘gig’ labour you may earn a living wage but that year of ‘self employment’ (while being possibly transitional for some) is like a cycle of manic depression, up and down, being taken on a rollercoaster ride simply to do a series of tasks described as a ‘job’ or a ‘role’.

Gig labour can be isolating and physically, emotionally and psychologically exhausting and hence, damaging. 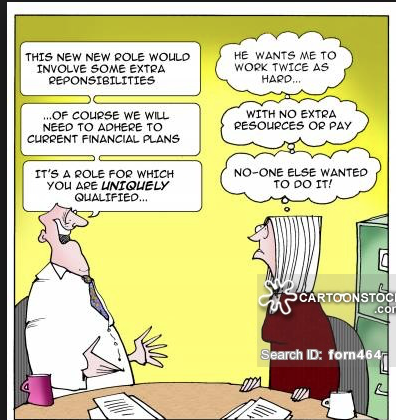 You can read about ‘mad labour’ here:

A becalmed automated working space also demands as much from professionals as the ‘unruly’ non professional space of ‘mad labour’ or the gig economy that surrounds it.

However, the gig economy can cloak many things including exploitation and tax evasion.  It is marketed at  people who have been pushed out of core jobs and the core economy into insecure work to believe they’re self employed and ‘creative’. 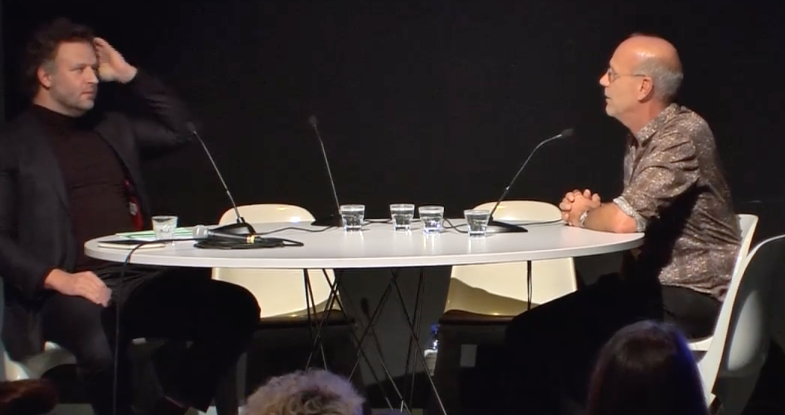 The Gig is Up Cloud Labour Night

The gig has a place: but it’s not a place and has to be redefined and made accountable. It’s not a substitute for decent, stable yet flexible jobs with training for people across their whole life times.

We should  care about public taxation, we should care about democracy and voting and enfranchisement, it needs to be called to account by educators, trainers, health professionals, business owners, manufacturers (who are not as rare as they’re made to believe they are by the ‘mad media’), to feel a sense of duty and obligation to others.

One thought on “Work and Us: why we need more 2,3,4 day a week roles and skill access across our lifetimes”