Featured Image: A vision of a beautiful Hockley:  Jasmin Isaaka

Streets, pavements, shop signs are indicators of the quality of life in a place: 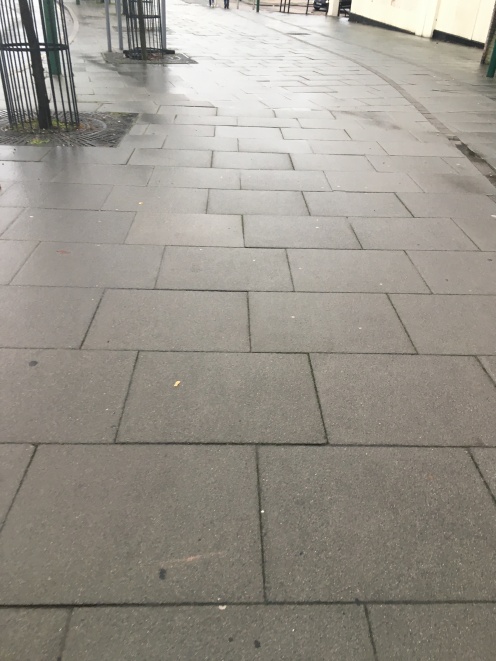 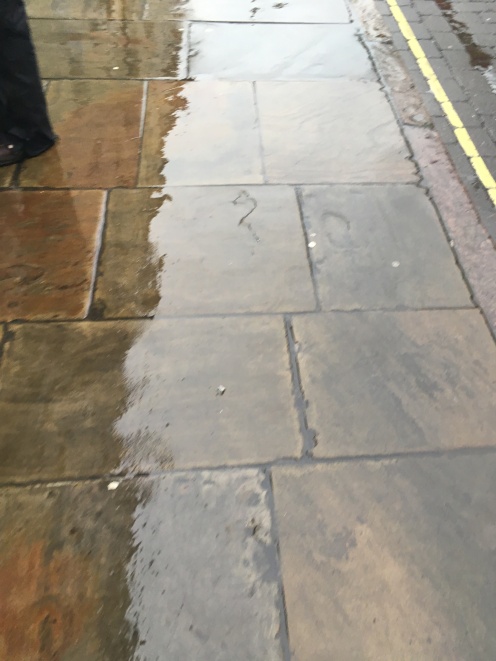 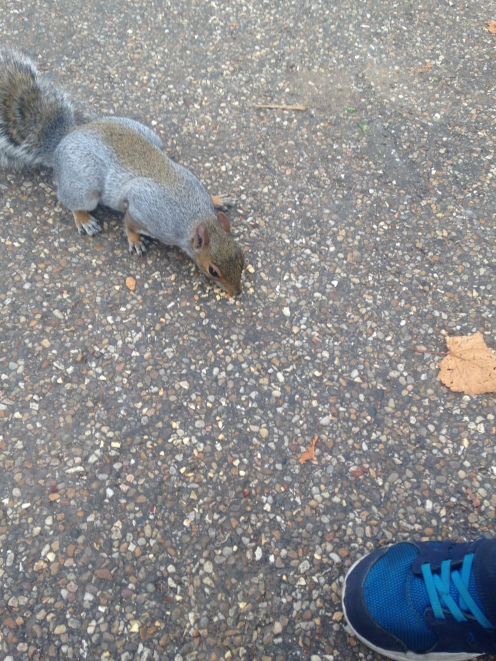 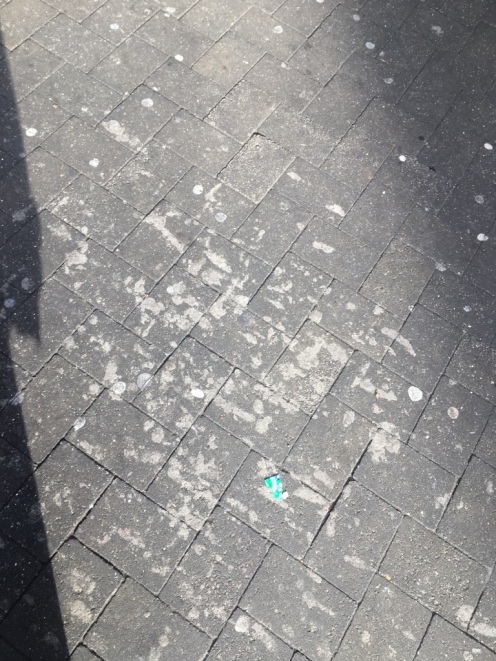 On the left is a squirrel in the city on the right is the stress of chewing gum in the city. 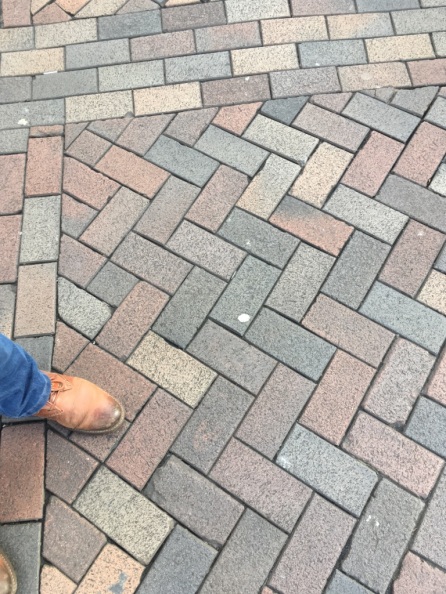 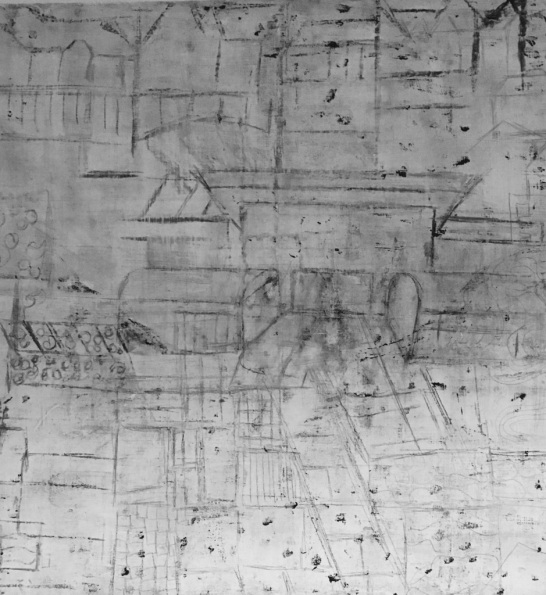 tile bricks on Thurland street which inspired a sketch for a reinvention of Asda as a shop surrounded by greenery…(watch this space!) 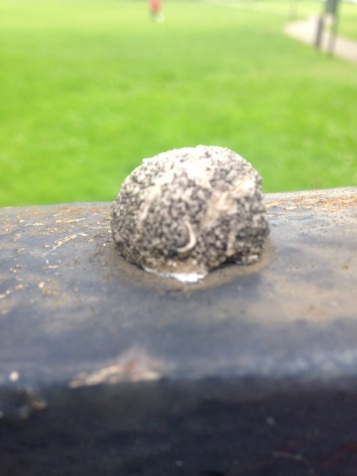 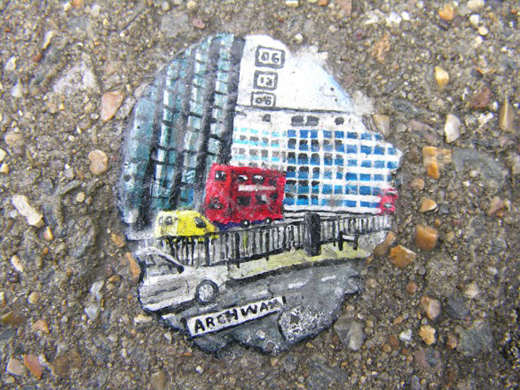 On the left isn’t a snail but a weathered piece of chewing gum at the south entrance of Nottingham University. On the right is the work of pavement artist, Ben Wilson. Ben works with chewing gum he finds on the streets of London and he revalues it.

In 2017 more and more of us want a beautiful city that in all its aspects reflects good materials and the history of the place. Using tarmac is right for some things but can this material be improved to be more environmentally friendly? Can the stress of certain parts of the city (remember Christian Nold’s emotion mapping of the city in his 2005 exhibition at Angel Row where ‘maps’ of the most stressful places in Nottingham included all the places where we now see the plethora of chewing gum? Christian now works in UCL’s Centre for Extreme Citizenship, bringing fantastic ideas for new currencies, new ways of thinking about what we value to more people, more of the time.

Below a visualisation of forty people’s responses to walking around Nottingham in 2005 wearing galvanic skin response technology that monitored tiny electronic responses to different parts of the city and equated it with ’emotion’ red being arousal, green being calm…… 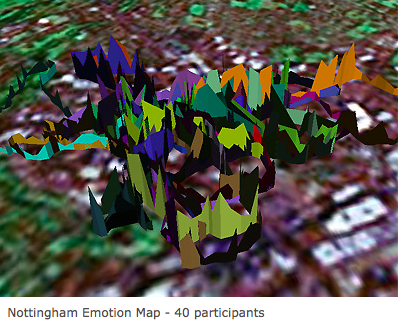 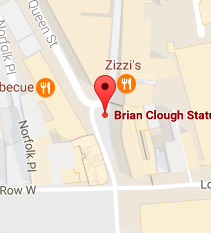 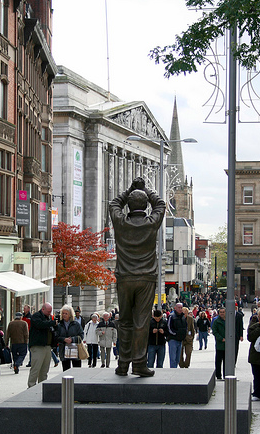 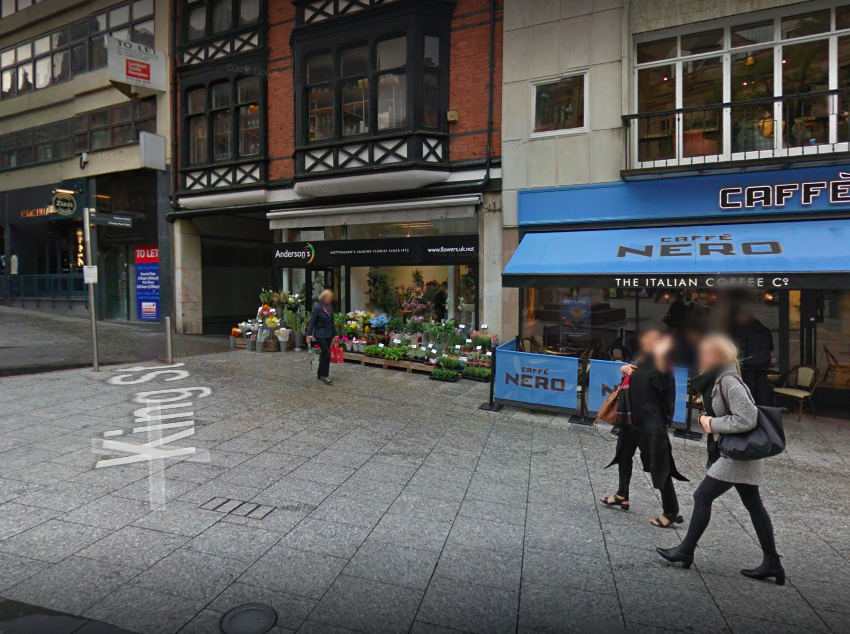 Above: Speaker’s Corner Nottingham, junction of King and Queen Sts

(near where Cuba Libre cafe, night club was) that what was being mapped  was more about places where diverse groups of people came together and how individuals responded to that.  Or, I wondered, was the red a mass ‘question’ about that place? Do we ever think about the areas of the city we love or find stimulating? How can the environment in the city become more human, interesting and engaging?

When I was working for the steeplejacks and abseilers I spoke to John Marsh, Head of Street Scene at Nottingham City Council about chewing gum. He said Wrigley chewing gum had developed a non stick gum and they’d all been invited to the promotion for it…but he said that the new chewing gum although it didn’t stick so badly, left greasy marks on the pavements….so it’s a job in progress…but perhaps it’s a question of understanding how technology can give us a bit more control over the things that making walking through the city more pleasing and convivial….

One thought on “Beautiful Streets, Pavements, Shop Signs: more of these”