Featured image from the wonderful Martyn Williams on Alamy

Image: Discussion of the appointment of the Science and Technology Committee in Parliament 2015 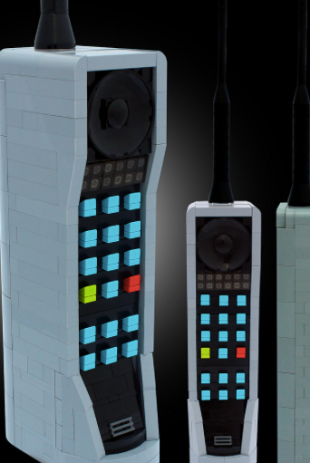 Left the first mobile phone Dyna Tac 8000x and Burroughs Mainframe Computers
After my daughter was born, having left a famous waterproof manufacturer who was implementing the latest Burroughs mainframe computer, to work in three newspapers the Nottingham Recorder, the Nottingham Weekly Review and The Newark Advertiser and then for a Housing Association as a community worker, the first mobile phone was introduced.
It contained a simple application, an address book. The first mobiles were designed and developed by handset manufacturers and they kept their secrets to an inner circle.

If your name wan’t on the list you weren’t coming in.
There was something in the air though, because it was during this time that Nokia put the 70’s video game Snake on its phones. Games like Tetris, Pong and Tic Tac Toe followed. (If you look at the work of SMS Electronics in Nottingham to bring back the Sinclair ZX, have a look at the work being done by the National Videogame Arcade to combine online and retro gaming and you realise how much this has contributed to the surge of interest in retro: vinyl, vintage and upcycling.
Regeneration, happening on our doorstep.
The first apps were driven by the kind of bespoke access the customers had at the time to the developers. It was a network, predominantly of people who loved the technology and the whole call and response aspect of it.
Manufacturers though, didn’t seem to have the motivation or resource to drive beyond the command economy model: there was a non battle really because the internet could take up this call: it could become the portal without anyone getting hardware access.
The internet went bonkers for a bit like a barrage balloon full of hotter and hotter air. People mapped it and discussed it and made trillions through it but really the work to connect mobile and internet wasn’t scaling well because of the argument over platforms and sharing access.
Java Script and Flash were always used and designed at 800x 600 pixels: the first phones couldn’t really cope and the telecoms companies shortsightedly (as did the gas, electricity and water companies), looked to make quick money in their part of the market.
Slowly even the most self interested of the marketeers saw the point in working to create both proprietary and open standard platforms that could connect mobile and internet efficiently. Wireless Access Protocol was used: manufacturers liked it and developers liked it but there were issues over billing, user friendly browsing and SMS (short message services, enhanced message services, multimedia message services and wireless access protocol pushes. Developers and content providers were getting to the issues but not quickly enough: Haley WAP was linked to CNN dot com and ESPN dot com so development was financial service driven: for stock market, news and sports. WAP apps then were simple ring tones and wallpaper.
The web works on hyper text which is text in multi dimensions. Wireless Application Protocol is a stripped, simpler version so that they could run within the constraints of a mobile. This was always created and served up in a third party environment: third party WAP sites were written in Wireless Markup Language but probably because of the way the supply chain had to operate to create this innovation didn’t really work: long urls, single user version: poor developer working with one arm firmly tied behind their back!

Japan invested heavily in this development (interestingly when you look at their economy and how they invest) and was very successful.
Here in Europe and the US WAP was just not working: video games like Nintendo were a gold standard for mobile development…why couldn’t that experience be transferred to mobile? Memory was the thing: it was getting faster and cheaper and development on personal digital assistants running Linux and Windows so the manufacturers saw it was in their real interest to drive this.
Garnet OS (was Palm) and RM Blackberry. Sun Microsystems was at the heart of this with Java and Java Micro. Qualcomm developed a binary runtime environment for wireless known as BREW, the Symbian OS was developed by Nokia, Sony Ericsson, Motorola and Samsung, Apple’s iPhone operating system and google provided android.

These were proprietary platforms that were part of the call and response, cat and mouse of tech wars.
Developer communities are still tiny, often having restrictive contracts and having to pay for the programs they work on. There isn’t yet one platform that works best for everything: every region is different. Manufacturers sell phones for all the different platforms so there is a real competition between hardware and software for priority.
Mobile developers still work in that fragmented market and environment, a bit in the dark but with different programming environments and languages. The ideal that a developer might have about flexibility and portability is undermined by the increasingly complex handset configurations, testing and certification, carrier relationships add to this complexity.
However, in some ways for a company it comes down to Apple or Google

One thought on “12.6 million adults in the UK lack basic digital skills: 5.8 million people have never used the internet: 35% of computer teachers in schools have a relevant degree: 30% of the required number of computer science teachers have not been recruited: 13% of computer graduates are still unemployed 6 months after leaving university. This digital skills gap is costing the UK economy £63 billion a year in lost GDP.”