You know how Charlie in the Chocolate Factory is given a golden ticket?

Roald Dahl grew up in Wales and after private school was offered a golden ticket to Oxford but refused it, saying: “No thank you. I want to go straight from school to work for a company that will send me to wonderful faraway places like Africa or China.”

Dahl wanted to know how things work and how they came to be. His most famous book is based on the techniques chocolate manufacturers used to keep up with the competition, often sending spies posing as employees into the factories of the competition…And the combination of wanting to understand, travel and learn has inspired Senior UI and UX Designer Michael Ruocco. User Interface and experience design is Michael’s field: a senior and respected User Interface Designer for many household brands: 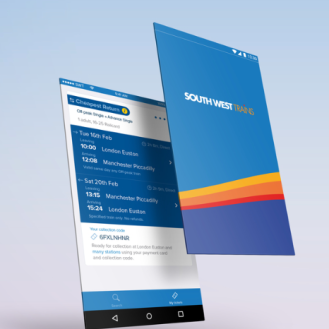 Michael set up You and I London  to give more and more people access to the skills they need to become creative. Because he realised that he wanted to see more people from diverse backgrounds having an accelerated path into earning through learning. He’s of the strong belief that we are all intuitive designers and that we can really make a contribution providing we understand what is required at each stage.

And it applies to how you might learn and earn in the 21st century. Michael Ruocco is offering you a golden ticket to app design….

If you want it. If you’re prepared to switch off your mobile and Netflix. If you understand that that you need to take apps apart and learn, learn learn.

If you want to make the things around you work better for more people, more of the time then consider a course with Michael and his team in London, Brighton or via Skype that will give you the insight and the basic building blocks you need to create work in a thoughtful and satisfying way.

Because if you don’t enjoy it you won’t have the motivation to continue.

3 thoughts on “Class with class: 2 hours £150: free if you’re out of work: Michael Ruocco, your junction to a career in App Design if you want it”