Above: 15th September every year is designated by the United Nations as National Democracy Day

As Donald Trump’s playtime with power on twitter has shown, we need a space in society where the new can grow, the new of a better kind of world.

Above: Friday 8th Feb’s  Japan Times take on the things Trump’s tweets have usurped in society

We need the kind, gentle, explorative, co-operative, collaborative: where the narrative hasn’t already been written and so many bodies are written off.

The shrill privileged voice of possession (of space, time, people and place) being nine tenths of the law in 21st century UK culture can be heard now in the voices of the people who seem to be doing little more than marking space and time outside parliament for their patrons.

Can we write about this? Can we understand how a better relation can be developed between people across britain and the UK parliament?

Because parliament has been reduced in our minds to a facilitator of the gig and gang labour supply chain in education, infrastructure, health, policing, instead of what kinds of jobs and businesses, ways of retailing are needed and can be created.

We have MPs feeling bullied and undermined so that when they raise valid issues they feel that they almost have to apologise.  We’ve forgotten that now we need parliament to be a place of hope and change and an economic and social innovator, that MPs feel that in the country there is a will to knowledge, information and capacity so parliament can better represent and solve social issues.

It’s just that the purpose of parliament has been sidetracked by massive vested interests that create problems in society for everyone.

And when we appoint Dame Carole Black of Newnham College to head a taskforce on knife crime and its related supply chains Dame Carole Black employment and addiction, we also need to be thinking about the work of academics like Cecile Wright  and be willing to address how these issues have been facilitated by the supply chain culture of gig and gang labour, the rentier economy and lack of rehabilitation, will and enfranchisement of prisoners and ex prisoners.

Facilitation and risk culture is cultured by hostility and social rejection. It happens where there’s third party access to data, where data can be misused and individuals targeted and it fills a space in the delivery of services which should be about job satisfaction, motivation and the social good.

Between the spasm and desire, the call and response of  each person in society for economic,  personal and social fulfilment at the moment, falls a long shadow of dystopian narrative and attributes that predetermines outcomes, tells people’s stories as if they are always only objects,  making them dumber and dumber, ignoring their situation and prescribing pain killers or therapy for economic ills.

We need to understand that the doctor who over delivers painkillers to patients or witholds them like a drug dealer in a walk in centre, might well be the tense individual who waits for a drug delivery at the weekend from the pizza, deliveroo rider or lad or girl on a little bike. The dystopian narrative makes it uncool to just have a vocation, you have to be also gaming the system because the ‘system is out to get you anyway’.

That thinking is in every institution.

We have to understand how with substituting compliance for genuine understanding we’ve normalised the hypocrisy of saying one thing and doing another: in walk in centres, dentist surgeries where people lose teeth for money, so that implants can be serviced in countries like Romania, for people who can’t get care on the NHS but fly out to european countries for care because it’s cheaper than our private care.

Daily, in our NHS, we distribute  powerful drugs to people without secure homes, jobs, education, instead of the access to a decent life they and we know has been denied them by this greedy system. In accepting the massive supply chain mentalities in every aspect of life over the last thirty years we’ve watched 7 million people drop off the electoral register. They don’t think they have the right to vote: they’ve been dehumanised.

We are all Windrush because in the supply chain economy all our rights are passported and time limited.

We can change this: the supply chain relationships are the same throughout the whole of the UK economy: construction, infrastructure, health, education, prisons, local authorities, manufacturing, agency management of employment, the rentier economy.

Compare the protest against Anna Soubry (Jan 8th) and the aggression journalists feel now on College Green with the activism of Cambridge Doctor Victoria Bateman. Victoria has chosen to write her politics on her body: ‘Brexit leaves Britain Naked’. 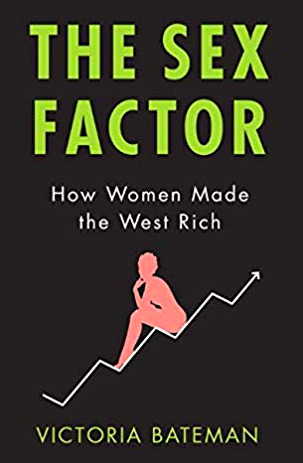 Above: Doctor Victoria Bateman and MP Anna Soubry facing bullying hecklers outside parliament and the cover of Professor Bateman’s book: out 29th March

The frustration Victoria feels is shaming: not to her: but to society in that she resorts, retorts, to the dramatic techniques of a bygone era, just as filling the yellow vests of those supply chains with protest really highlights the socio-economic-political emptiness of this scaled up culture. Yellow vest activity is simply filling the empty space in the gang and gig labour supply chain of inequalities, like a pop up theatre.

We need to make things smaller, manageable and humane: break up/break down the barriers of ignorance at the top of the supply chains, an ignorance that believes that there is only one kind of success and when you’re successful you have to use whatever methods you can to keep others out.  Instead of giving people a leg up this ignorant version of success stokes all kinds of harms inter-generationally and across class and ethnicity.

We need to debate the greedy mono-culturally owned and managed supply chains of the 21st century economy daily, weekly, monthly, yearly in the same way that the good MPs on the best select committees like Lilian Greenwood, the work of Margaret Hodge and Vernon Coaker have tried to do but it needs more awareness in the whole country.

Parliament isn’t a company. I think even down to earth MPs have been shocked and awed by the manifestation of power into  believing that it’s just a career instead of a vocation that must little by little, share the power with more people, more of the time so we can have a real sense of past, present and future where we’re not just pawns in someone else’s game.

Parliament is here to make sense of the world we inhabit.

We need to make it represent and re-enfranchise all the people who’ve been ‘determined’ outside parliament and inside parliament by the mechanics of greedy supply chains. If we can end hostility and mistrust we can make the UK a place where city, town and countryside are alive with understanding and friendship instead of hostility and misrepresentation.

MPs need to be rejuvenated by our belief in them but they need to understand their own misunderstanding of class, race, gender and history so they can bring a fresh perspective on the old ways and vested interests and help us all move on.

Like Doctor Victoria Bateman we need to feel able to connect with issues so that the effect of her protest is much, much more than a knowing, ‘well she does have a new book out’…I think she is putting herself on the line for a better world and thank her for that.