I have a real problem with the attention ‘assisted dying’ gets in the media, mainly because I think that if we discussed unequal access to privileged services and underprivileged services through marketing segmentation that we’d have a completely different view of society.

If we agreed that, really we must take economics, cultural and political representation into the hard, difficult parts of society we’d think and see ourselves and everyone, differently.

I think that we’d find a counter narrative that changes everything and everyone.

It’s always been here: the wallpaper of who we think we are: like slaves, indentured servants, immigrants and refugees, we’re all, always here, reaching out for a better, unimagined future of success, connection, feeling valid and valued.

When we create a Brexit company as a political party with directors, we’re not getting democracy, we’re getting more gig and gang labour, more blurring of the legal and illegal supply chains. More county lines and only marketing segmentation that uses algorhythmic predestination but doesn’t change anything for anyone.

Underneath the question of assisted dying is an acceptance that we can’t change anything. But we can. Futility underlies suicide but there’s a structured futility that we have to eradicate.

Under the despairing personal stories of Geoff Whaley Paul Blomfield and political campaigns to ‘ease the legislation’, say of Nick Bowles is an end of  democratic, end of times mantra that’s speaking people, speaking through people, writing them off,  but actually, long before they despair and commit suicide.

We need to understand where these questions are really coming from. Taking democracy away from the difficult parts of society, avoiding the difficult questions and replacing them with american evangelical organisations, consultants who toddle off to America, Australia or New Zealand to report back on solutions that change nothing are not what is needed.

We need democracy, accountability and enfranchisement.

When Paul Blomfield’s dad committed suicide because he thought he had no choice, his death, in a way, is a terrible wrong, to me, a real sign that we need to rebuild capacity and help our society move beyond its obsession with a labelling, fixing, de capacitating bureaucracy that just gets bigger and bigger.

The post world war two economy valued speed, size and massification as indicators of growth when it’s the scale and overall workforce health in the project construction of health, education, finance, manufacture, construction and infrastructure that needs humanising.

Projects always could have been smaller, more inclusive, more accountable.

Instead we have used quality data, information and knowledge to create a marketing apartheid, a mosaic of  fractured and fragmenting characteristics that structure narcissism as a human given and in that confusion make us imagine we are gods when in data terms, increasingly we’re being locked down and determined, whoever we are, whatever our status.

That’s the mentality we call ‘mental illness’ where more people may experience existential despair wherever they are in the social descriptors because really they’re in a neglected space, nothing is growing there, nothing of meaning, development, security and hope grows there. What we’d have called dead boring when we were younger becomes a distorted space where all hell can be let loose on an individual: gambling, crime, drugs, addiction. It happens because we’ve disenfranchised those places.

Increasingly, knowing is in the hands of technologies who determine our jobs. We give our machines grace when they need to give us space.

The direction of our lives, the flow, the detail, the ownership of anything is contested, questioned, interrogated until it’s worthless and people go thrill, attention, and experience seeking, when they know that the real work is there, under their noses, the social questions that need their attention are forever ignored, frustrated in ever more sophisticated re iterations of ‘the work’ that needs to be done.

Increasingly, in this locally forgotten space, filled now by religious groups, charities there’s an end of times narrative to their contribution and they turn an already moted eye away from the hard job of really creating new sustainable jobs and opportunities that might lessen dependancy.

When they see the blurring of lines between legal and illegal supply chains and strange kinds of control over mass markets in race, sex, age and class in the local environment they don’t see the problems in terms of a local economic, social and cultural history of exclusion. And they need to recognise that there needs to be economic, social, political and cultural accountability and representation in these spaces.

Think about war veterans, refugees and immigrants after the second world war numb, battered from their experiences and suddenly there’s light: the Festival Of Britain: making, beauty, aesthetics, renewal.

What people have lost and need to regain is a sense that everyone matters, projects that are small and connecting have always been on the agenda, throughout the periods before wars, during and after them: look at the social conditions in London during the  second world war that artist Abram Games attempted to document but that Winston Churchill suppressed. Abram, whose parents were Latvian and Polish Russian refugees to London in 1904, produced war posters that didn’t just talk about the value of fighting for war, they introduced the complexity of the poverty at home and how there was a need for reconstruction.

Churchill banned this poster which drew a complex image of social questions, poverty existing simultaneously with the threats of war:

Above: Abram Games image of the social reconstruction at home needed simultaneously with the need to fight in the war which Churchill found so overwhelming: he ordered that it be removed.

When you think about the complexity of Churchill’s mentality and his ambivalence: when the debating chamber was bombed, though, the architect, the artist, the creative in him argued:

The war-time Prime Minister was arguing that the recently bombed debating chamber of the Commons should be rebuilt in its traditional, crowded, oppositional form.

He was against ‘giving each member a desk to sit at and a lid to bang’ because, he explained, the House would be mostly empty most of the time, whereas, at critical votes and moments, it would fill beyond capacity, with members spilling out into the aisles: in his view,a suitable ‘sense of crowd and urgency’ (Churchill, 1943). The Psychologist, Feb 2009

When we talk about mental health, depression, ambivalence, we’re also talking about sensitivities where someone like Churchill would be caught between a loving, creative, awareness of human potential and a the wilful shutting out of potential, possibilities,  the ‘other’ -other ways of thinking, feeling, behaving, doing and making things because he had to be a leader, had to represent a view of the world that had the empathy knocked out of it.

When you think how in peace, just as Margaret Thatcher and now, Teresa May experienced; Churchill was also jettisoned by the Conservative party. Since the second world war all social change has coalesced around the unwillingess of psychologically feudal systems of privilege to move beyond war and demand planning into local representational mosaics that include a richer history, capacity and potential. People centred, smaller, more human.

When people sketch, draw, music, play, dance, congregate in cities it feels as if we are in peace at a time of war, rehearsing better ways of working and living, smaller, less bureaucratic: when people feel pain, distress, mental illness it’s because they’ve been de capacitated, disenfranchised.

It’s really important to respect privilege but also to understand its limitations. We need to be the archaeologists of local truth, connection and also to be the diviners of where the flows are, the new, the histories and where they may blend to create more human ways of working and living.

When you think about post war design companies like Schreiber who grew into a burgeoning culture in the seventies where companies began to plan for the next hundred years, think about who, why, where that kind of planning would be a threat.

All I can think of is that is when companies began to plan only a few years ahead and we now see that as a norm, we’ve also forgotten what it might feel like to idly dream, to see into the blue, over the horizon.

I think that the fearfulness that people seem to take home from work is eroding some essential part of our humanity, our human aspirations. I think the systems around us curtail and time limit us.

We’re in a  monitored, gelatinous bureaucracy around economic movement and activity we live inside a mosaic of social segmentation that needs to be challenged and enriched with alternatives inputs that create human and humane jobs and life cycles.

Neither are what we need. 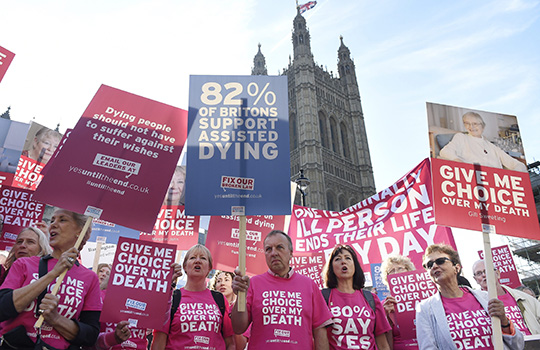 The counter narrative is?