Gordon wants to keep residents updated on local issues such as last year’s Compton Acres Fire, ensuring that Asian residents can keep in touch with what’s happening in the local councils, keeping the local school teachers and pupils up to speed with what a local councillor does, communicating  measures on cycle paths, following through the 520 signature petition about potholes and parking restrictions around the Grand Care Home at the top of Walcote Drive petition about a rugby road crossing delivered to the council. 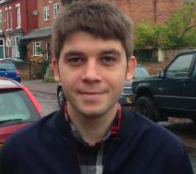 Mike moved to West Bridgford in 2009, lived in Lady Bay for a number of years and now lives just behind  Bridgford Park. He has worked for the emergency services: police, hospitals, ambulance service.  Last year Mike stood as Conservative candidate in the ward of Trent Bridge, just missing out on being elected.

As the Bridgford North candidate for the county council,  Mike has pledged if elected he will champion residents views at at County Hall to ensure West Bridgford gets the best deal in funding and resources.

Mike likes to canvass to hear your views and will be on your doorstep soon, he’s keen to work with MP Kenneth Clarke to understand more.

“It is the Conservatives who always deliver for West Bridgford with Labour just offering more tax for hardworking families”.

Jonathan grew up in West Bridgford, was educated at local primary and Secondary schools, and bought his first home here. He’s now a general manager for a cinema complex.

Standing for the new West Bridgford South Division for Nottinghamshire County Council, covering an area from Gamston and Edwalton, through to the edge of West Bridgford town centre. He wants to ensure positive representation for all his constituents and community groups.

He’s been a Borough Councillor on representing people and resolving issues from his local community. Elected to represent Gamston following the 2014 by-election, he saw and followed through an opportunity to negotiate with Bovis to secure open spaces.

Supporting Edwalton and Gamston University of the 3rd Age, Rushcliffe Asian Association for the community

I will campaign for extra funding for our local Roads and Pavements.

I will work for a solution on speeding traffic on Beckside.

I will work with local residents for Parking for Edwalton School.

I will campaign for a new recycling facility in Rushcliffe.

I will perform a weekly check through the division for potholes to report to the Council.