What do Alzheimer’s and Kilimanjaro have in common? Krishna Parmar, Director of Specsavers, Beeston who’s climbing it with her brave two might say they both need care, research, attention, understanding and perspective. Areas where thoughtful, practical people who have more contact with the problems of the world than most of us might be able to draw attention to and help us consider new ways of doing things.

Kilimanjaro is the tallest mountain volcano in Tanzania. When you climb it you can see the impact of climate change. At the top, glaciers are melting but the latest space earth images prove that the climate below is incredibly diverse. Almost every kind of ecological system is found on the mountain: cultivated land, rain forest, heath, moorland, alpine desert and an arctic summit.

Kilimanjaro has three volcanic cones, Mawenzi, Shira and Kibo. Mawenzi and Shira are extinct but Kibo, the highest peak, is dormant and could erupt again. The most recent activity was about 200 years ago; the last major eruption was 360,000 years ago.

Before you travel you need to have yellow fever, malaria, polio, Tyhoid, Hepatitis A and B vaccinations.

Every climber must also employ their own climber (porter) and chef to ensure health and safety and help the local economy benefit directly from this tourism.

At the summit you’re above the clouds: the summit registers a temperature of 20 degrees below freezing.

You’ll know when you reach the top: 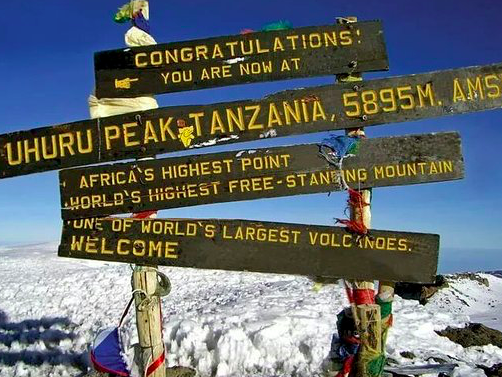 Back at Specsavers, Beeston, newly arrived multiskilled and talented manager Sarita Sharma who’s moved from London with her Stationer husband and children, is quickly on board, supporting the climb with a brilliant raffle which will be divided  between Alzheimer’s and Vision Aid.

Gifts have been donated (see the chinese kite and the beautiful baby mobiles, as well as the hampers of sweets, notebooks, soft toys and other delights below). The hampers were  beautifully wrapped by Dean Hunt of The Flower Barrow 07449 803486 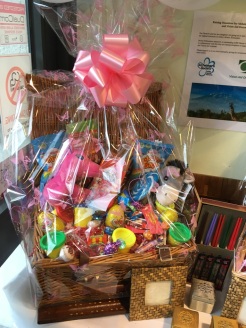 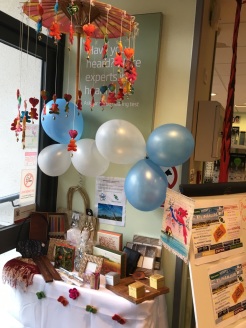 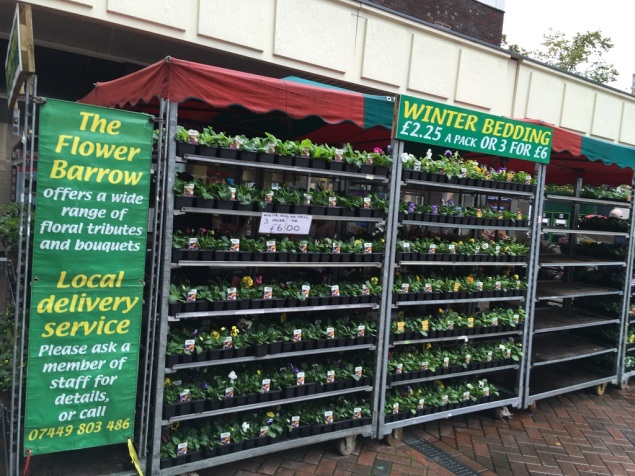